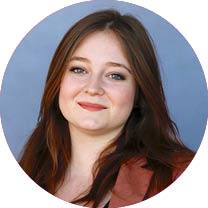 Food is customized by the customer in an assembly line with an array of fillings, sauces and toppings to choose from. (Katelyn Reinhart/Community Impact Newspaper)

Before he became a restaurant co-owner, Aaron Pool said he had a college degree in business, a “fake it until you make it” attitude and a restaurant name already picked out. Nothing could have stopped him, he said—not even his lack of restaurant experience.

Gadzooks Enchiladas & Soup, which has since grown to four locations across the Valley, started as an idea while Pool was studying business at Arizona State University. He knew he wanted to find a niche, he said, and he had always liked enchiladas. Pool said his can-do attitude and naivete were major contributors to the success of the restaurant chain.

“Anyone can open a restaurant, but in hindsight I think if a lot of people knew how hard it is they’d never do it,” Pool said. “If you’re not passionate, it’ll wear you down. Success is difficult if you aren’t willing to wear every hat.”

It does not hurt that he genuinely craves the enchiladas that can be created at Gadzooks Enchiladas & Soup. He said he has been eating his go-to order for the last nine years.

The Gadzooks Enchiladas & Soup menu features items like tacos, enchiladas, nachos and soup. Fillings include vegetarian options in addition to meat, and there are toppings available for lovers of all spice levels. Pool said some of his menu items, such as the sweet and spicy cornbread, have gathered what he calls a “cult following” among restaurant enthusiasts.

“Gadzooks has its quirks as a restaurant for sure,” he said. “We’re a little bit different—you can tell even from the name—and I think people see that and enjoy it.”

Pool sees the customizable aspect of the restaurant as one of its most important features.

Food is customized by the customer in an assembly line with an array of fillings, sauces and toppings to choose from. Pool said Gadzooks Enchiladas & Soup gives people the opportunity to choose their own food adventure.

“Gadzooks is a texture and flavor-layering restaurant,” he said. “If I can give people advice before they come in, it’s to not get just plain enchiladas because you’ll miss out.”•