Gilbert Town Council Member Brigette Peterson (left) takes the oath of office Jan. 8, 2019, after her 2018 re-election along with (from left) Jordan Ray, Eddie Cook and Aimee Yentes. Peterson resigned March 31 to run for mayor. Cook left Feb. 18 to become Maricopa County assessor, and Ray is expected to resign soon to run for justice of the peace in the Highland Justice Court. (Tom Blodgett/Community Impact Newspaper)

Gilbert Town Council Member Brigette Peterson resigned March 31 as a prelude to her running for mayor.

Peterson said she plans to turn in her nominating petitions by the deadline of 5 p.m. April 6 and expects the council to accept her resignation at its April 7 meeting. 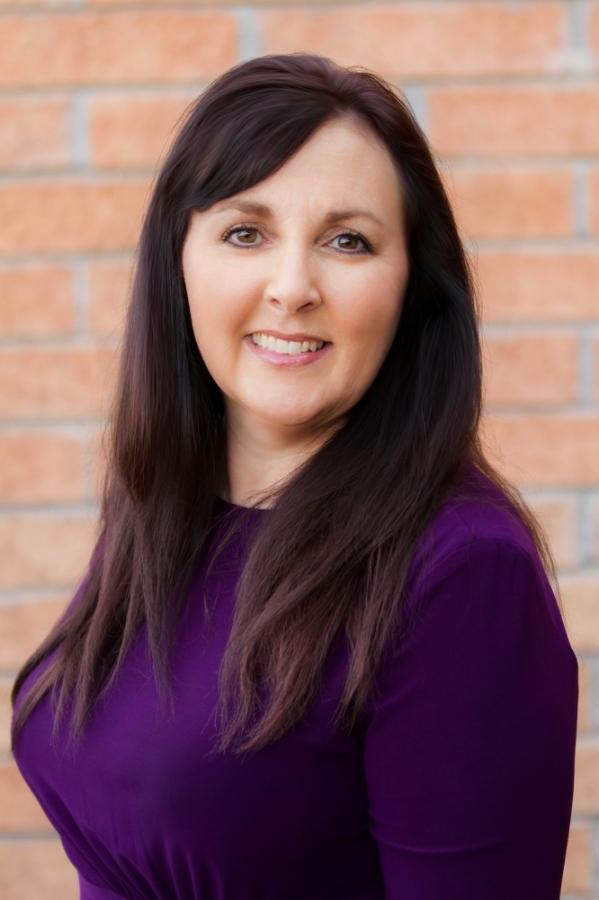 However, Peterson said for now campaigning will be at a minimum as she is sensitive to the coronavirus pandemic and wants to support the efforts in town to deal with the situation.

“I don’t think that makes good leadership to go out and hit the ground running with a full-blown campaign,” Peterson said. “I really want to be sensitive to [residents’ and businesses’] needs and see where I can help and what I can do.”

Peterson, an active social media user, said she will continue to follow and share posts from the town and be part of the response to COVID-19
RELATED STORIES

Peterson made her resignation announcement in a Facebook post, calling it a “bittersweet day” that ends 23 years of service. Peterson has been a volunteer and served on the town's planning commission for 14 years, including time as chair and vice chair.

“Right now, I am a Gilbert resident, just like you, going day by day getting things done, knowing there will be a day that we will all return to normal,” she wrote in the post.

She also praised Mayor Jenn Daniels for leading town staff and first responders in facing the challenge from COVID-19.

Daniels announced Feb. 3 that she would not run for re-election. Peterson filed a Statement of Interest in the position shortly thereafter.

Peterson is the second council member to resign in the past two months after Eddie Cook resigned Feb. 18 to become Maricopa County assessor.

The council appointed Bill Spence to replace Cook on March 17, but his seat will be up for election in August because Cook resigned more than 30 days before the deadline for nominating petitions to be filed.

Because Peterson’s resignation comes within the 30-day window, the council appointment to fill her vacancy will complete her full term, which runs through the end of 2022.

One more council member, Jordan Ray, is expected to resign in the coming days to run for justice of the peace of the Highland Justice Court. State law requires office holders to resign their positions if they are running for another office.

Family’s Midwestern farm roots on display at The Gilbert House

In Susan Wright's restaurateur dreams, she did not envision a breakfast-and-lunch eatery.

Oct. 26 is the deadline to mail back ballots for Gilbert’s 2021 special general election.

How much will property taxes go up if ballot measures pass in Gilbert?

It is the bottom line question for many people in ballot questions: How much will this affect taxes?

District data for schools in Gilbert

Here is a look at data about the three school districts that serve Gilbert.

The tables reveal test scores from the 2020-21 AzM2 exam, the state’s standardized test for schools

While school officials said standardized test results from spring 2021 are concerning, they believe they can help students get back on track from the pandemic.

4 Wheel Parts set for grand opening in Gilbert on Oct. 23

The store, part of a national chain, carries parts and accessories for off-road vehicles.

The Arizona Department of Transportation plans to close the interchange ramp from the westbound Loop 202-Santan Freeway to westbound I-10-Maricopa Freeway in Chandler from 4 a.m. to noon Oct. 23 for maintenance work.