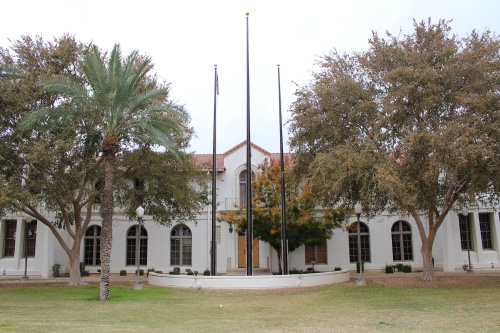 Gilbert Public Schools will have choices to make in how and where to improve its salary schedule in the wake of results from a joint district salary study, officials said.

The salary study, jointly done for eight neighboring school districts including GPS, showed the district paying below-median salaries for its administrators and hourly classified staff. Data on teachers salaries is incomplete, but early results indicate they also are below median, according to a presentation from Vance Jacobson, CEO of Seattle-based JB Reward Systems, the consultant on the study.

The study found that GPS’ salaries for classified staff on hourly wages is in the 30th percentile of the districts studied. Salaried administrative staff rank in the 47th percentile and fall to the 45th percentile when adjusted for average time on the job.

In contrast, pay for “educational professionals”—workers such as school psychologists, counselors, nurses and social workers—ranks in the 63rd to 65th percentile.

The presentation sparked a discussion on how to approach getting salaries at or close to the median so as to attract and retain good employees.

“You [the governing board members] still have to work out do you want more people with less pay … or fewer people with more pay, if there’s a philosophy of the district,” said Shawn McIntosh, elementary education and talent acquisition executive director.

McIntosh said some districts already have or are about to launch changes in their salary schedules in response to the study. He and Superintendent Shane McCord said there is an advantage to waiting to make any changes so the district can see what works or does not work elsewhere.

Board President Reed Carr asked for figures on what it would cost the district to get employees into the 50th percentile on pay.

“Until we know what it is, we can't even have a discussion,” said Carr, who argued for a zero-based budgeting approach to the issue. “We've got to figure it out and project what we're going to get in revenue from the state, potentially from an override. Are we going to continue to rob all of our capital funds? Then we can start talking about the revenue in the budget.”

Carr, while supportive of giving teachers annual raises in line with Gov. Doug Ducey’s three-year, 20 percent pay raise plan, has noted before that the state has not given the district enough money to fully fund those raises. To do so, it has had to make tradeoffs on other budget items.

That could be the case again on this issue, discussion participants noted.

“It comes down to what can we afford to do,” McCord said. “Where do our priorities land when it comes to all of our money?"

For all the districts, the survey showed minimal pay increases have been had for employees with higher skills or accountability. As some positions’ pay has been pushed up by the state’s minimum wage laws, it has led to salary compression, Jacobson said.

The study found “significant internal alignment” issues with positions in districts’ pay scales. Furthermore, most districts do not have a consistent approach and strategy to paying employees, and that districts focusing on one job class may be engaging in discriminatory practices, Jacobson said.

Jacobson said the consultants were proposing a solution to set professional standards and master schedule of ranges across the districts.

He said the study partners, under their current pay setups, have had significant recruitment issues for some hard-to-find jobs.

He also called pay compression a regional issue that is solvable by the proposed new structure and better guidelines for placing people into salary ranges.

McIntosh said district personnel have tested putting all their employees through the proposed tool to place people in such a salary schedule. Pay raises varied widely depending on where the employee falls now and where they would be under the proposal. Business Services Assistant Superintendent Bonnie Betz said no one’s salary would be cut, even if they ended up above pay range.

The board also studied the district’s assessment testing results from spring 2019. The district’s AzMERIT scores generally were above state averages.

However, Assessment and Accountability Director Brandie Burton agreed with board member Jill Humpherys’ assessment that there was still some work to be done.

In a brief board meeting before the retreat’s start, the board approved some minor revisions to the district’s annual financial report, which was due to the state Oct. 15.