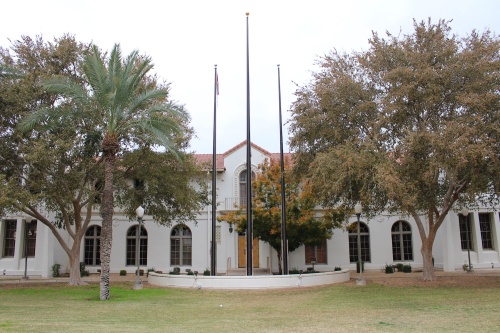 On Oct. 1, the Gilbert Public Schools governing board approved the annual district financial report for fiscal year 2018-19, which showed that the district’s revenue and expenditures both grew in the past fiscal year.

The staff presentation to the board showed revenue for maintenance and operations and for unrestricted capital increasing from $205.6 million to $225 million in FY 2018-19.

Most of the increase in revenue came from the state’s adjustment of its base funding and the continued restoration of “District Additional Assistance” capital funds. Increased property taxes collected from growing property values also played a part, according to staff.

Expenses also grew—from $206.8 million to $223.2 million—mostly due to increases in salaries and benefits. Adoption of new curriculum also increased capital expenditures, according to the staff presentation.

Board members praised district finance staff for keeping them apprised throughout the year on where the district stood and thus making the annual report easily understood. The board approved the report 5-0.

In other work-study news, K-12 Prevention Coordinator Susan Cadena presented to the board the framework of district efforts to give students a “safe and supportive learning environment.”

Cadena said even students on the elementary school level are showing signs of stress, including incidents of children as young as 8 or 9 engaging in self-harm. As a result, the district is using evidence-based social and emotional programming and support and trying to get started with students as early as possible.

Each GPS campus has a behavioral health team, which includes an administrator, a counselor or social worker, a school psychologist and a school nurse. The teams have a structured approach to identifying and intervening with students at risk of self-harm or school violence. The district “doesn’t want anyone to fly below the radar,” Cadena said.

The district gives each team a flow chart that they can quickly review when needed to help them know what ought to be their next step when they get involved with a student, according to Cadena.

GPS Superintendent Shane McCord said the district has seen increased signs of stress not only in students but in staff, as well. In response to questions from the board, Cadena said some of the increase in the prevalence of these warning signs comes from newly heightened awareness.

The team has been deployed six times in the first nine weeks of this school year, most recently after the death of a high school student on a bike ride to her home. However, Cadena said the number is not unusual—just the short time frame in which the number was recorded. The team usually deploys about 10 times during a school year.

Other ways the district is working to create a safe and supportive environment for its students, per Cadena, include a homeless education liaison, who also oversees services to students in group homes or foster care; a teen dating violence curriculum aimed at eighth graders; and new re-entry guidelines for students returning after an extended absence, whatever the reason may be.

The work-study session also included a segment dedicated to the review of district community education programs.

The consent agenda, which passed on a 5-0 vote, included approval of a new pay schedule for district transportation workers which will include pay raises and upgrades to air conditioning in portable buildings at Highland High School.