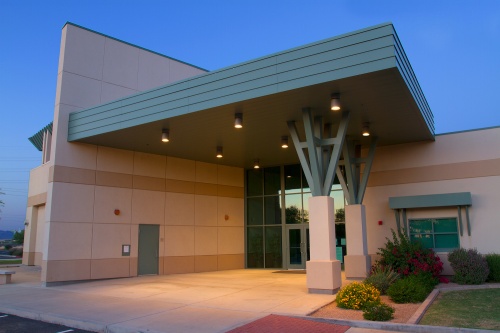 The Higley USD governing board accepted the district’s annual financial report, which officials presented at the board’s Sept. 25 meeting.

The majority of spending was the more than $73.13 million spent for maintenance and operations, the funds that pay for items like salaries and utilities.

Actual unrestricted capital spending—which pays for items like books, furniture and equipment—was reported at more than $9.2 million. The largest single expense in this category was $4.19 million for lease payments on district middle schools.

Higley’s administration costs are shown as 12.89% of overall expenditures, higher than the state average—10.37%—or that of peer districts—10.39%. Holland said that was because all medical insurance for the insurance had been classified under the governing board but should have been spread out over the various functions as is done with salaries. The mistake was found too late to correct in the Auditor General’s report, he said.

Higley also spends less on facility and plant operations, food services, transportation, student support and instructional support, which allows for money to be spent in the classroom.

After the business portion of the meeting, the board convened in a work-study session for two items.

The main update was a review of implementation for the state’s new science standards. The new standards are being phased in over a three-year period.

The second item covered was a review of policy on field trips. Superintendent Mike Thomason said the district is aiming to help groups and classes get to a "yes" on their trips.

The district removed some regulations on repeating trips annually because of conflicts with some annual conferences for student groups, such as Student Council or DECA.

However, Board President Kristina Reese = agreed some conferences are worthy of going to every year, but she expressed some reservations at removing some field trip regulations. The additional burden of expenses on families was one reason cited.

The board also questioned the permissibility of fundraising that begins before a field trip is board-approved. Thomason said that board policy is to allow for such fundraising to begin once the trip has been given cabinet-level approval. Reese said the policy may need to be revisited.