The tough times from the coronavirus inspired Dragon Wok to offer a family meal with a choice of four entrees among 16 offered for $39.95. (Photos courtesy Dragon Wok)

But he did something different when he opened Dragon Wok in Gilbert in 2005.

Some friends asked him what kind of restaurant he would open next.

He then asked those friends what they thought of Chinese food. The only thing they could come up with was “cheap.” To them Chinese food was inexpensive and served at hole-in-the-wall locations.
RELATED STORIES

Szeto said he took notes and came up with what he thought would be most appealing: authentic taste with a classy presentation.

“So that’s been my slogan all these years,” he said. 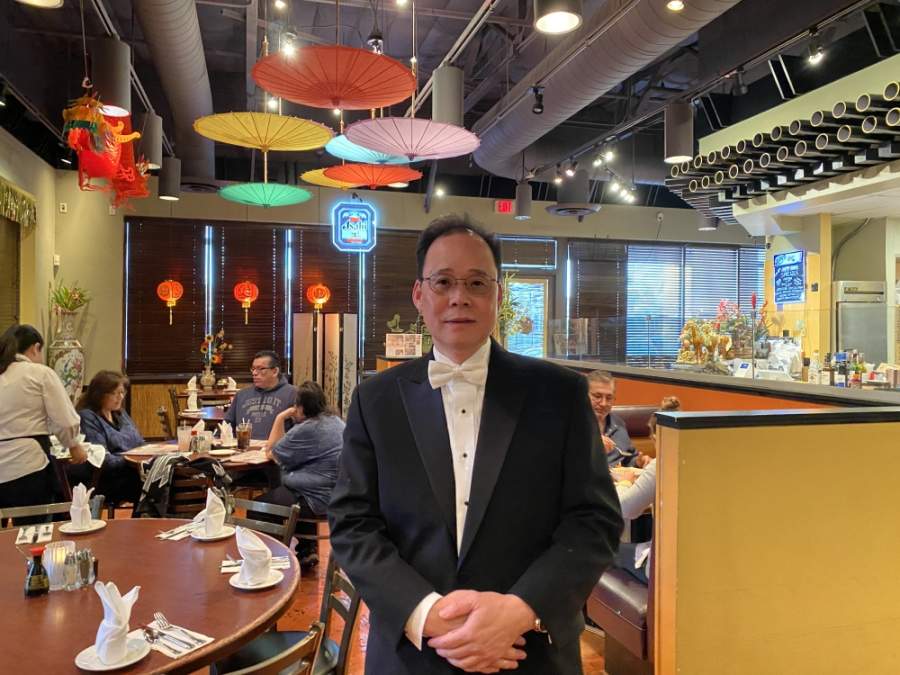 Szeto said he gets about 70% of his cooking from his father, 20% from the top students in the world and 10% his own innovations. The dish names may be familiar, but Szeto said the quality is higher than most places.

“When you talk about the names of the dishes, you don’t talk about the quality,” he said. “My beef, we use choice and fresh, and the quality is much higher. We pay $7, $8, $10 a pound. You could pay $2 or $3 a pound, and you still call it beef broccoli, Mongolian beef.”

Szeto said he likes educating people about how high quality Chinese food can be. He recalls one time when his son brought a friend over.

About 60% of the restaurant’s business was dine-in before coronavirus and the rest takeout and delivery, which the restaurant does itself. With the rise of third-party delivery platforms in recent years, Szeto said much of the delivery has gone away. The services’ cuts on each order are too large for him to use them.

Szeto said he likely will need lines of credit to get through this period, something he and his wife have sought to avoid over the years.