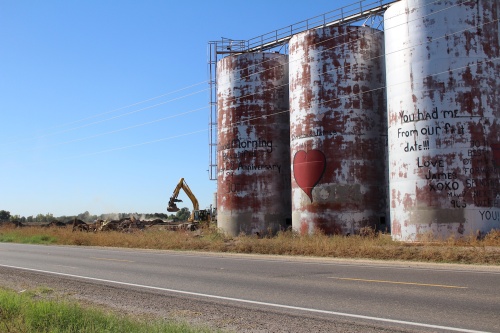 Maracay Homes is working on land to develop at the old Hamstra Dairy.

Gilbert’s housing market has regained its footing since the Great Recession, but data reveals growth no longer is as explosive as pre-2008 levels.

Rather, Gilbert’s growth as reflected in the town’s permit data remains steady as builders take a more cautious approach and land becomes scarcer—and pricier—approaching build-out, which town officials expect to take place about 2030.

With few large spaces left to develop residentially, developer attention is shifting to south of the Loop 202-Santan Freeway and along the town’s eastern boundary. But there are scattered housing plats available in nearly every square mile of town, Gilbert Development Services Director Kyle Mieras said.

“We have some areas that have had some infill in the northwest part of town—areas that at one point in time we thought were going to go commercial, but for some reason never developed commercially,” Mieras said. “And now there are subdivisions in there.”

What may change the most in the coming year is how the residentially zoned land will be used. Lessons learned in the Great Recession of 2007-09 are being applied, and rising land prices are further affecting market development, according to town officials and real estate experts.

Meanwhile, town officials are beginning to look past build-out to when portions of Gilbert may need to be redeveloped.

Gilbert’s growth once thrived on cheap land and eventual transportation access through U.S. 60 and later Loop 202, Mieras said. Town data shows explosive growth in the years leading up to the recession.

Permits again boomed in 2012-13, though not to prerecession levels, and have remained at a fairly steady pace from 2014 on, according to the data.

“Now those builders and developers don’t want to take that same large bite out of the land,” Mieras said. “They’d rather start with a smaller chunk, build it out, move on. Their risk is less. You’re not on the hook for 640 acres. You’re on the hook for 40 acres.”

Mieras said Power Ranch, The Bridges, Seville and Adora Trails are some of the last larger developments that have come online recently or are under construction now.

“Gilbert’s not an island,” Mieras said. “We’re part of a region obviously. So as property values rise and land gets more expensive in Gilbert, people will go to Queen Creek. People will move out to San Tan Valley. They will keep moving out to buy the land to be able to build the same house cheaper.”

Newman Realty owner Mark Newman noted that most of the new development in the south part of town is by custom builders constructing luxury homes. Newman said buyers outside the custom homes market often are choosing between an older home on a larger lot and a newer, more energy efficient home on a smaller lot.

“Anything somewhat near to downtown Gilbert is flying off the market,” she said. “There’s not a lot of inventory, but people are more interested in the older homes than I’ve seen in years past. There’s a lot of those neighborhoods that [have] no HOA, are older, but [homebuyers] are willing to kind of take on the extra maintenance for the location.”

That goes for new construction in the area, too, with the Via Sorento townhouses from D.R. Horton, located within walking distance of the Heritage District. Schude said only one unit remains to be sold as of early November.

Schude said new construction has been hot in the Morrison Ranch area.

“The prices that the homebuilders got for those homes were crazy, relatively speaking,” she said. “We as real estate agents, we have resale homes that we list for sale and people are like, ‘My home is so much less expensive than that new home, and it’s so much bigger. It’s got a pool. It’s got window coverings.’ It’s all those things. ... You just can’t compare retail to a brand new home.”

Schude and Newman said they expect the market to continue along these same lines as the town approaches build-out.

“In the end we will likely be left with a nice mix of home styles and neighborhood designs,” said Newman, who predicts smaller projects to carry a larger portion of the permit process.

A few bigger projects, like what Maracay Homes is building on the old Hamstra Dairy land and adjacent plats at Val Vista and Chandler Heights, remain in play.


Focusing on the future

Schude sees developments at, for example, Agritopia and in the San Tan area as having positive effects that will keep Gilbert desirable and the housing market steady.

She credits that momentum to town leaders. Newman additionally credits town officials for their cultivation of commercial developments such as Rivulon, which attract jobs to Gilbert.

“You can actually live and work and hang out in Gilbert, and that’s what I think people have really benefited from in Scottsdale, and we’ve seen prices go up in Scottsdale for the convenience of it,” Schude said.

Mieras said the town’s role as it heads toward build-out is ensuring quality development. He said that means keeping the development standards high so that Gilbert does not start to decline.

“We have tools in place to help us plan for the future,” Gilbert Senior Planner Ashlee MacDonald said.

“Our general plan, for example, guides our growth and what our vision is. And so really when we have projects come in, we’re looking to make sure that it’s consistent with that vision that the voters have set.”

Officials have already begun discussing the challenge of reinvigorating the town after it reaches build-out. They call those efforts their “moonshot,” a term Gilbert residents may hear more frequently in coming years.

“While we’re brand-new and shiny in the south and in some spots, some parts in the northwest might be ready and ripe for some redevelopment, or at least some programs to help some of the older neighborhoods revitalize,” Mieras said.

What has happened in the past two decades in the Heritage District is an example of that.

Gilbert’s downtown area, which includes many original buildings from the 1920s and 1930s, was beginning to show its age by the 1990s.

In 1991 the town designated it a redevelopment area, making it eligible for federal money, and started putting together redevelopment plans, the most recent of which the Town Council adopted in August.

Those efforts have resulted in the Heritage District of today with its popular restaurants, a university, events spaces and some shops—and the subsequent demand on housing nearby that Schude noted.

Even as the town reaches the point of build-out, more is bound to come, as Mieras looks west for a point of comparison for what Gilbert residents can expect.

“There is always going to be infill pieces here and there,” Mieras said. “You’re never going to be totally built-out.

“Look at Tempe. Tempe, for all intents and purposes, is built-out, but it’s still building.”