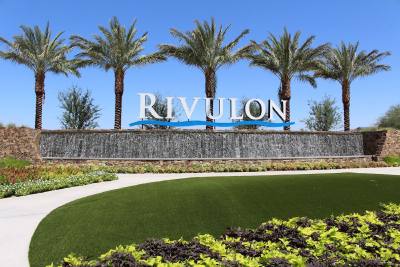 The space will be in an additional building in The Commons at Rivulon, the mixed-use development at Gilbert Road between the Loop 202-Santan Freeway and Pecos Road.

The company first moved into another 100,000-square-foot building at the The Commons at 310 E. Rivulon Blvd., Gilbert, in late 2018. The Commons is planned to have four buildings and 400,000 square feet of office space.

Deloitte is a multinational professional services network and one of the “big four” accounting organizations. Gilbert approved a deal in June 2018 for the company to bring an operations center to town. The company said it had plans to bring as many as 2,500 jobs to town, which would make it the town’s largest employer when that mark is reached.

“As we continue our development of Rivulon, we are pleased to have Deloitte further cement their significant presence in The Commons,” Ellis said in a release. “This expansion is a testament both to the strong Gilbert market and the energetic office environment Rivulon is fostering for the business community.”

Nationwide is also constructing two additional 100,000-square-foot buildings at The Commons, according to the release.

Deloitte did not announce any additional jobs in conjunction with its expanded footprint at Rivulon. Nonetheless, Mayor Jenn Daniels welcomed the news in the release.

“Gilbert continues to flourish as [is] evident with this additional commitment from Deloitte at Rivulon and in our community,” she said. “Our town and the entire Phoenix Metro area has grown in a magnitude of ways from the partnership and impact of employment opportunities Rivulon has provided.”

Gilbert voters will receive their fall ballots in the mail shortly after Oct. 6, which will include a question of whether the town should be allowed to issue bonds for streets, transportation and infrastructure projects.

Booster vaccine doses recommended for 65 and older, certain others

Federal officials are recommending that Arizonans age 65 and older, residents of long-term care facilities and those ages 50-64 with underlying medical conditions get a booster dose of the Pfizer COVID-19 vaccine if they are at least six months past their second shot.

The two Fox Concepts restaurants sharing building space at Williams Field and Santan Village Parkway are opening this month, one having done so and the other coming before month’s end.

When Gilbert residents turn their taps on in 2022, water will reliably flow from them.

Here are two places that sell tea and opened recently in Gilbert.

The approval marked the end of a nearly three-year effort from the town’s planning department to update the code and make it more user-friendly for citizens.

The Strand @ Gilbert has undergone an ownership change and may soon come under a name change as well.

One Twisted Sugar location closed, but two more on the way