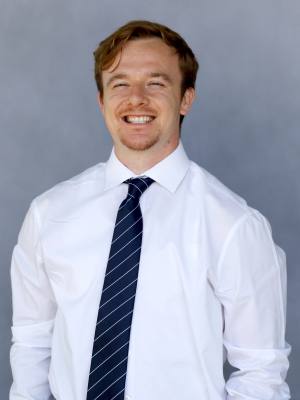 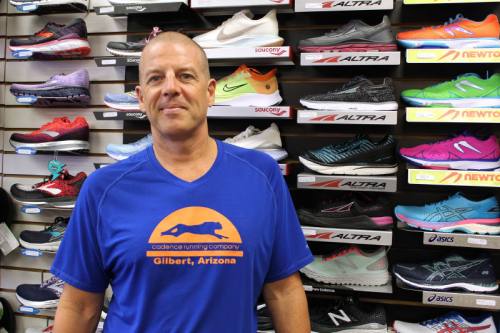 Dan Beaver opened Cadence Running Company with his wife in 2013. Beaver is an Army veteran and hosts and participates in group runs in the community.

Dan Beaver said he served in the Army to protect American lives. Now, he serves as owner of Cadence Running Company to protect the feet of Gilbert residents.

Beaver held many positions in the military, last serving in flight operations for Apache helicopters, until his departure in 1992. He worked as an interior designer and in retail running stores in Wisconsin and Illinois after his time in the Army. In 2005, Beaver moved to Gilbert and worked in similar positions.

When the footwear store he worked for closed in 2012, he said that was when he and his wife decided it was time for them to open their own business.

They opened Cadence Running Company in January 2013 with the goal of being different than other retail running companies, Beaver said.

“Our main service, and what sets us apart from anyone else that sells footwear, is that we really focus on custom fittings of people’s feet,” Beaver said.

Beaver said he wants to sell customers shoes based on what will help them the most, whether that be working on their feet all day or recovering from an injury, rather than just based on brand or color. Cadence works with runners, doctors and physical therapists to fit customers with the proper shoe, Beaver said.

Going from being in the Army to running a small business, Beaver said there are things he learned in the military that he can apply to his job now.

“I think the main thing you learn in the military is discipline,” he said. “You’re learning how to complete tasks and work with other people, whether or not you necessarily get along with that other person or not.”

Beaver said he applies this knowledge in his business relationships as he works with other companies, doctors and customers.

Other than selling shoes with the perfect fit Beaver said he wants his company to be known for giving back to the community and helping people.

“We’re not in this to get rich by any means,” Beaver said. “Our thought process is being able to help people—from employees to customers to young kids who are just getting into a sport to 75-year-old people who can’t walk.”