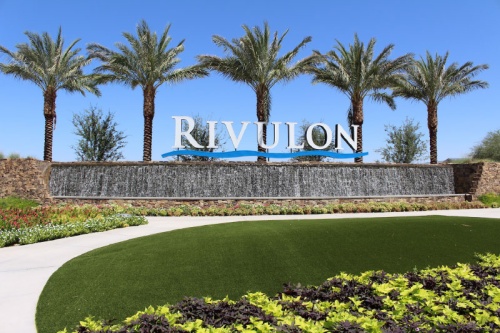 Gilbert residents hoping to find a job closer to home can take heart: town officials are working to make that happen.

These corridors played a role when Deloitte US searched for a spot to establish another national delivery center. The technology solutions company considered locations across the country. In the end, the company selected a spot in Gilbert’s Central Business District as the company’s newest home.

The June announcement marked a major milestone for Gilbert, as Deloitte—once fully staffed—could be the town’s largest employer. The company is investing $34 million and bringing 2,500 jobs to the town, according to company and town officials.

“We were attracted to Gilbert not only because we wanted a location that offers a great quality of life for our Deloitte employees, but also for its availability of a talented, well-educated labor force and greater access to our clients in the Western Region,” Jonas McCormick, Deloitte’s managing partner in Phoenix, said in an email.

Location scouts led Deloitte to one of the Central Business District’s newer jewels: Rivulon, a 250-acre mixed-use development off the Loop 202-Santan Freeway at Gilbert Road.

“This location provides a fair amount of room to grow organically and is central to a large pool of talent,” McCormick said. “We are already recruiting for positions for this campus, and hope to attract people to Gilbert for its quality of life, low cost of living and unique culture. The campus also provides Deloitte with visibility and access to over 1 million people within a 30-minute commute.”

Deloitte provides a case study in how the town’s economic development team pitches the town through its four designated employment corridors to potential employers in the town’s quest to strengthen the “work” component of the live-work-play paradigm in Gilbert.

While the corridors themselves may not be topics of conversation, once the people in the town’s Office of Economic Development identify a prospect’s real estate and labor needs, they can steer the company toward a place best suited for them.

There is no special tax break or economic incentive associated with businesses located in the four districts. Companies that get financial incentives in a deal have gotten such only after an economic impact analysis has been done to determine what type of support the town will be able to provide, said Cori Garcia, the Office of Economic Development’s marketing and communications administrator.

But employment corridor is not a loose designation, either. The town has maps of each business corridor and tracks employment and investments made into the areas.

Dating back to the early 1990s, the areas were referenced in Gilbert’s Community Profile publication as areas where high concentrations of employment and commercial activities occurred, or were anticipated to do so, Graves said.

Since 2007, the office has organized its message using the four employment corridors to convey the concentrated business activity and land designated for employment uses, Graves said.

“This is a really important part of the long-term strategy for the success of Gilbert and has been part of our general plan now for decades,” Mayor Jenn Daniels said. “We’re just now seeing it come to fruition.”

Indeed, it is a plan that has come together over a number of years. The Northwest corridor had been a center of employment for many years, but the town’s growth to the south and east has opened the other areas, particularly as transportation infrastructure came online, Graves said.

Business growth accelerated in the past decade. While the Northwest has had some businesses for decades, the Central Business District first saw an uptick in development in 2004 as the Santan Freeway, which opened in 2006, was being worked on. Phoenix-Mesa Gateway Airport saw its first scheduled commercial carrier activity in 2007. And Banner Gateway Hospital opened in 2007.

“You could say [the area designations were] more organic based off of how the city has developed” and through the zoning process, Graves said. “Those things are very purposeful in nature.”

One thing the corridors have in common is access to major transportation infrastructure. That can be important for visibility or shipping and receiving, but also giving employees easier commutes, Graves said.

The Northwest Corridor, for example, has a lot of manufacturing, warehousing and distribution that benefits from trucks being able to get onto the freeway system quickly, Graves said. At the same time, Go Daddy’s more than 1,400 Gilbert-based employees enjoy an easy commute within town or from Mesa, Tempe or Chandler.

The Banner corridor’s characteristics spring more from the two hospitals there, but those hospitals are there in part because of access to the U.S. 60. Likewise, the Central Business District, snaking along the Loop 202-Santan Freeway, and Gateway, which benefits from the proximity to Phoenix-Mesa Gateway Airport and Loop 202, have been largely defined by transportation.

The town actively seeks companies to locate in Gilbert and also gets leads through the Greater Phoenix Economic Council and Arizona Commerce Authority, Graves said. Brokerage firms also may use national site selectors—similar to a headhunter looking for potential company locations, rather than employees—to scout out places.

The latter is what happened with Deloitte when it was looking to open a U.S. delivery center. Rivulon quickly came into focus, Graves said.

As companies shop for towns to locate in, Garcia said the economic development office will often show off Gilbert’s workforce access and its quality of life, as demonstrated by things like its nationally ranked K-12 school system and community amenities.

But as they look to locate within the town, when the nature of their business, their transportation, real estate and workforce needs become known, office members can help them zero in on an appropriate corridor for those needs, Graves said. Clustering similar businesses together can be another part of meeting businesses’ needs, Graves said, and with established zoning, it is part of the strength of the corridors.

Finally, speed-to-market also frequently is a factor, Graves said, as companies seek to make a move in a certain time frame. The town offers some expedited services to businesses, such as 60-day permitting turnaround and plan review services where a town planner can review and sign off on small business plans at a service counter when those businesses fit in certain parameters.

The Office of Economic Development also works with local businesses that may want to expand or relocate within Gilbert, Graves said.

Silent-Aire, a custom HVAC manufacturer with 325 employees in Gilbert, is an example.

Silent-Aire relocated from a 50,000-square-foot facility in the Northwest corridor, where it had been since 2013, to a 135,000-square foot space in the Central Business District last year at Park Lucero, an industrial development on Germann Road by Trammell Crow Company and Artis REIT.

When the company started looking to expand, it looked at other cities but was able to capitalize on its good relationship with the town, said Brett Manning, Silent-Aire’s vice president of U.S. operations. The town helped in finding a site with good freeway access and a chance to build to its needs with room to grow, Manning said.

“It was collaborative, and it was a good environment for us,” Manning said. “The corridor we’re in now has been deemed as an industrial-type corridor focused on job growth. I think there’s a desire to diversify the Gilbert economy, and manufacturing is definitely in that mix along with some office space and some other segments. So we felt it was a good fit.


Live and work in Gilbert

Much of the effort is designed to allow Gilbert residents the chance to work where they live, Graves said.

“We realized that not only do these [employment corridors] provide jobs in our community, but also educational partnerships and opportunities for people to live, work and play in the community that they love,” Daniels said.

Graves noted that Gilbert does have a large number of residents who commute to nearby suburbs to work: 34,546, according to recent statistics from Emsi, a labor market analytics firm. But those statistics also show there are 87,557 jobs within the town’s borders, according to Emsi.

“One of our key focuses is to try to increase the number of jobs available that match the skill sets of the residents here in Gilbert so that our residents have a greater choice when it comes to where they may seek employment, being closer to home and helping to increase their quality of life and the time they get to spend with their families,” Graves said.