4 Chandler-area road construction projects to look out for

Here are four ongoing projects in and around Chandler to look out for while driving. (Courtesy Fotolia)

Here are four ongoing projects in and around Chandler to look out for while driving.

The city of Chandler is repaving a segment of McQueen Road from Loop 202 to Queen Creek roads.

Status: City officials said the project was expected to start sometime in May once an ongoing improvement project is completed at the Queen Creek and McQueen intersection. The project will include traffic control, tarping and slurry sealing in addition to restriping the roadway. 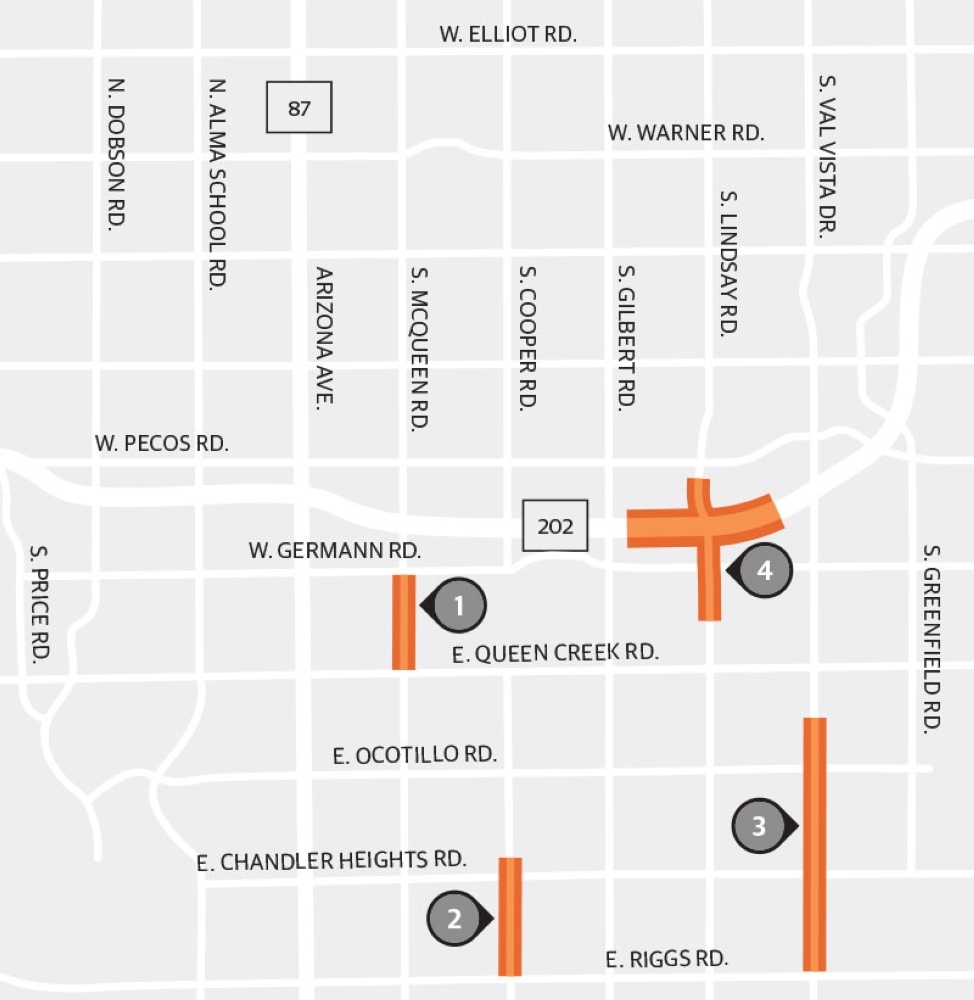 Status: Electric crews continue work on the east side of Cooper to install electric conduit and future streetlights as part of the conversion of overhead power lines to underground. Work has also begun on the segment from Via de Palmas moving north toward Chandler Heights.

The town of Gilbert is widening Val Vista Drive from Appleby Road—about where Val Vista narrows to one lane in each direction—to Riggs Road. The result will be a six-lane section from Ocotillo Road to Merlot Street with a raised, landscaped median; bike lanes; sidewalks; and streetlights. It would then reduce to four lanes to the south. Traffic signals will be installed at Appleby, Ocotillo and Chandler Heights roads.

Status: Traffic restrictions are one lane in each direction. The project is approximately 85% complete.

Status: Traffic restrictions on Lindsay began in March and will remain throughout the remainder of the project. The project is coordinating traffic control with the Germann Road improvements project. Construction is 31% complete.