The Chandler governing board approved the construction of a new weight room at Chandler High School on Dec. 4.

The current weight room was originally part of the Chandler Junior High campus, which was built around 1953, according to district documents.

According to the district, the facility was not originally designed and built as a weight room and does not meet current building standards in Chandler. The district will demolish the existing building and build a new facility.

A tent will be rented during construction to temporarily house the weight room, according to officials. The maximum price for this project is $2,139,450, according to the district.

Construction is expected to be complete in July.
Chandler chandler usd
SHARE THIS STORY

COVID-19: Chandler has 6 new cases across its ZIP codes, Maricopa County sees increase of 68 cases and no new deaths May 26

The square will be lit from 6 p.m. to 6 a.m. daily, changing colors to represent the nine high schools in Chandler, according to the city. 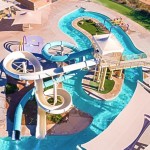 Chandler City Council will take action on the city's tentative 2020-21 budget and the 2021-30 Capital Improvement Program, which takes effect July 1, at a meeting May 28.

The Chandler Vision Gallery is presenting "A La Mode," paintings by Caroline Estelle, from now through June 26.

Rachelle Kuzyk began her job as the city of Chandler's new library manager May 20. She will oversee the operations of the Chandler Public Library system.

ADOT has announced Loop 101 closures and restrictions for the weekend of May 22.