In a special meeting held early Nov. 18, the Mesa Public Schools governing board voted unanimously to place Superintendent Ember Conley on paid, nondisciplinary administrative leave. No reasons were given for the employment action.

"Unfortunately, there's not much we can say," MPS board President Elaine Miner said during the brief meeting before the vote. "We would love to give you a lot of information, but we are unable to do that this morning."
RELATED STORIES

The board also approved an item "designating authority to a board member to contact the trust and others regarding possible Interim Superintendent candidates, if necessary." Andi Fourlis, deputy superintendent, will carry out the duties of the superintendent until the board names an interim superintendent, according to a statement from the board.

"The Governing Board appreciates the service of Dr. Conley during her 18-month term as superintendent and wishes her well in future endeavors," read a statement from the board released Monday afternoon.
Mesa Public Schools Education Ember Conley Elaine Miner Ember Conley leave MPS Board Chandler
SHARE THIS STORY

Read the top stories from this week from Gilbert and Chandler.

The Chandler High School Aquatic Center will have a new name.

The Kyrene School District governing board approved a new land lease deal that has the potential to generate more than $100 million in revenue for the district over the next 75 years.

The city of Chandler announced Oct. 28 that the hours for dropping off ballots at Chandler City Hall have been extended.

The Chandler Fire Department is holding a toy drive for children who otherwise might go without during the holidays. 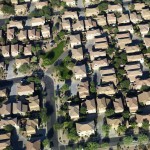