The Chandler USD governing board was given an update Oct. 30 on how the district spent money from a 2015 bond and a 15% 2017 override.

Lana Berry, the district's chief financial officer, said the district projects asking voters to approve another override in 2021. Berry said the expenditures the district made since the override was approved and fully funded in the 2018-19 school year match what the district said it would do in the 2017 voter pamphlet. Berry said district expenditures included items that help ensure academic programming remains at the current level; provide competitive salaries; continue science, technology, engineering and math programming as well as athletics and fine arts programs; and promote a "safe and healthy" school environment.

Berry also told the governing board she expects the district will see continued growth through the 2027-28 school year and projects peak average daily membership—the method districts use to calculate student population in order to get state funding—at 47,000 students in grades K-12.
SHARE THIS STORY 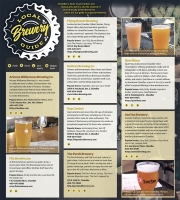