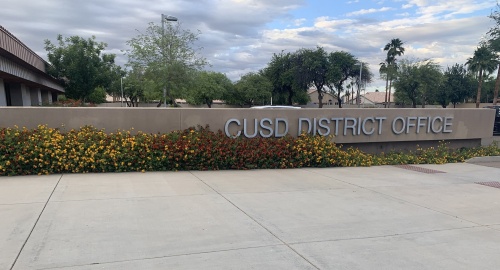 The Chandler USD governing board voted unanimously June 12 to place a $290.25 million bond on the November ballot.

The bond, if approved by voters Nov. 5, would go toward new construction and land purchases, renovations to elementary schools, renovations to transportation buildings, renovations to junior high and high schools, new technology, energy management, safety upgrades and grounds maintenance, according to district staff.

"We're looking at [at] least half [of] this bond just to keep the status quo," board President Barb Mozdzen said.

Chief Financial Officer Lana Berry said the tax rate would remain at $1.28 per $100 valuation. CUSD last went to voters for a bond in 2015 for more than $196 million.

A bond committee previously met alongside the district's budget committee to discuss the proposed bond amount and recommended the $290.25 million to the board, Berry said.

School bond dollars often go toward capital improvement projects, such as construction and renovations to existing facilities, since the allocated funding from the state does not cover the needs of most Arizona school districts.

Berry said in addition to upkeep for the district's existing campuses, CUSD is proposing two new schools be constructed with the bond dollars to offset increased enrollment projections.

One of the schools would be in the district's southern boundary area and would take on the staff and students from Weinberg Elementary School. The existing Weinberg campus would be converted into a gifted education academy. The new school would account for growth in the Val Vista Corridor, which is primarily in Gilbert.

The other school would be a secondary school, which Berry said is necessary to keep class sizes down.

The district projects spending the most bond dollars on new construction and land at $70 million.

Renovations to existing school facilities would cost just over $61 million, Berry said. That does not include safety and technology improvements, which are projected to cost $25.5 million and $28 million, respectively, or energy management, which is projected at $27 million.