David and Stephanie Nelson knew they wanted to create a restaurant that would leave people feeling full, but not in a ready-to-burst kind of way. They wanted to make a place where health and wellness were at the core of each menu item, and it was important to them that they were able to produce food that could be modified for dietary restrictions.

“I was a corporate litigation lawyer in L.A., and I decided I wanted to have a positive impact on the community,” David said. “I decided to open a restaurant and thought that would be a good way to positively impact people’s lives.”

The restaurant opened in Chandler February 2019. The name, Cherish Farm Fresh Eatery, was born out of David’s desire for people to have a good time in his restaurant.

“I wanted people to cherish their time and experience when they were here,” the co-owner said. “I wanted them to be able to be healthier and feel better when they finished their meal. I wanted it to be the kind of good food that leaves you full but doesn’t leave you with that feeling of regret after a big meal.”

David and Stephanie can both be found pretty much every day at the restaurant, David said.
RELATED STORIES

• Chandler accepting arguments for or against November bond election

“We like talking to people and hearing about their experience with us, and they usually all have something positive to say,” he said. “This is how we like to spend our time; we like to come through and watch people enjoy the food and the hospitality.”

The menu is composed of a range of dishes from salads to tacos to braised short ribs and a variety of sandwiches. David said the menu was created with dietary restrictions in mind, and many of the dishes are keto-friendly, vegan or gluten-free. Nearly all the items on the menu can be prepared to fit a customer’s dietary needs.

“We wanted a healthy concept that provided a place where people could eat if they were vegan but have a partner who is not vegan,” David said. “It’s hard to find places that cater to that. We really wanted to give people a place where anyone could eat a good, healthy meal.”

Stephanie that she eats at the restaurant every day, and the chef there is always looking to come up with new recipes. The menu will likely expand in the coming year.

•“Everything on the menu is good,” Stephanie said. “Even if you’re not vegan, it tastes good and is good for you.”
Chandler dining Chandler locally owned
SHARE THIS STORY 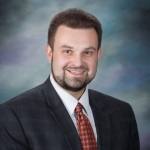 Chandler USD officials sent out a letter to families July 19 ahead of the first day of school July 21 regarding health and safety protocols in place related to COVID-19.

Take a look at six businesses coming to Chandler.

A new patient tower was unveiled at Dignity Health Chandler Regional Medical Center with a dedication ceremony July 16, according to a news release from Dignity Health.