COVID-19: Chandler has 2 new cases across its ZIP codes, Maricopa County sees increase of 155 cases and 10 deaths May 22

Across Chandler's six ZIP codes, there were 476 confirmed positive cases of COVID-19 on May 22, according to data from the state. That represents an increase of 5.78% across the city in the last seven days.

The state had 15,608 COVID-19 cases—an increase of 293 from the previous day—and 12 newly reported deaths, bringing the number of statewide virus-related deaths to 775 on May 22, according to data from the Arizona Department of Health Services.


Of 2,386 tests in Maricopa County reported on May 22, 6.5%, or 155 tests, came back positive for coronavirus. The county also reported 10 new deaths for a total of 357, according to data from the Maricopa County Department of Public Health. The number of tests administered decreased by about 27% from the previous day while the number of positive cases increased by 2% from the previous day.


According to data from the state, of the completed and reported Maricopa County COVID-19 tests, 6% of them have yielded a positive result.
RELATED STORIES

• Enjoy wine, beer in the park in downtown Chandler beginning Friday, May 22

• MAY 19 ROUNDUP: News from Gilbert and Chandler

Gov. Doug Ducey said June 4 he will be keeping his emergency curfew in place through the weekend and will stay the course on the economy reopening from the shutdown in the wake of the coronavirus pandemic

Chandler USD Superintendent Camille Casteel wrote a letter to students and families June 4 regarding the death of George Floyd in Minneapolis, Minnesota.

As the city works to develop its parks master plan that will be used to guide elected officials and city staff, the city is looking for feedback from residents.

Work postponed on section of Loop 202 in Chandler, previously scheduled to be closed June 4-5

Part of Loop 202 in Chandler will be closed June 4 overnight into June 5. 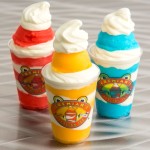 The mother-daughter duo opened the first iteration of the store in May 1999, the business has grown from there.