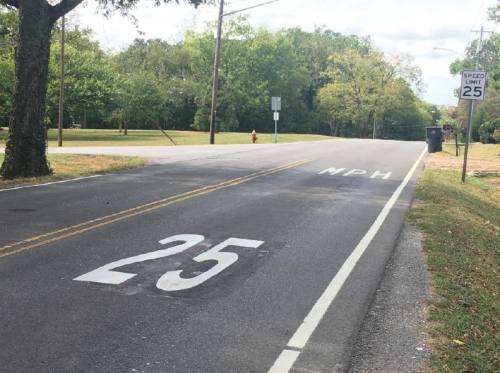 In an effort to reduce crash rates and improve walkability in the city, Nashville Mayor John Cooper has called for the city to reduce driving speeds throughout neighborhoods.

Cooper announced Oct. 29 the rollout of the neighborhood speed limit reduction initiative, which calls for speed limits on neighborhood streets throughout the city to be lowered from 30 mph to 25 mph.

“With Nashville’s growth, more drivers have been prone to using our neighborhood streets as cut-through routes to avoid traffic on major corridors, impacting quality of life for our residents,” Cooper said in a release. “Slowing vehicular traffic in residential neighborhoods is a commonsense next step for public safety and health, and it’s important to many Nashvillians I’ve spoken with in recent years. I know Metro [Nashville] departments, the Metro Council, and our many community partners will help to make this effort a success.”

Funding for the initiative was previously allocated in the 2018-19 budget cycle that included $500,000 in street sign updates and community education, according to a release form the mayor’s office. Another $1 million was approved for engineering improvements from the neighborhood traffic calming program. A feasibility study on whether to reduce speed limits to 25 mph was completed by Metro Nashville Public Works earlier this year.

Cooper called for the city’s traffic and parking commissioners to approve the speed limit change during their Nov. 18 meeting, after which he is expected to ask Metro Council to approve the change in the city’s local codes. Full implementation of new street signs will take approximately one year to install, according to the release.