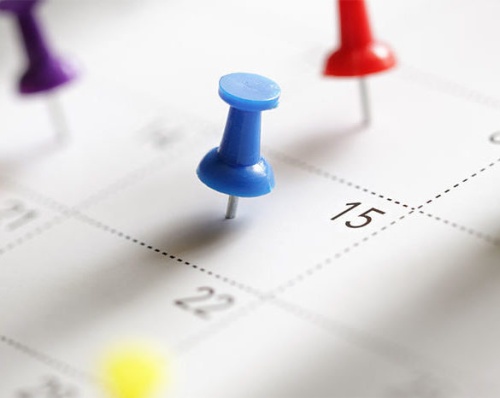 While the next summer vacation is still many months away, Williamson County Schools' board has already begun thinking ahead to the next school year.

The WCS Board of Education approved the 2020-21 academic calendar during its Oct. 21 meeting. The calendar includes an Aug. 7 half-day as the first day of school as well as a full week for Thanksgiving break and two weeks for winter break, according to WCS staff. The district's calendar committee sought feedback from parents and teachers as well as from Franklin Special School District when creating the calendar, according to WCS staff.

WCS Superintendent Jason Golden said while the calendar is usually approved in November, WCS staff wanted to give families more notice on scheduled dates to give them time to plan.

"There is no perfect calendar," Golden said. "The discussions that we've had—inevitably, somebody disagrees with something on the calendar and would prefer something different."

"I have always been an advocate for a full week for fall break [and a] full week for Thanksgiving," board member Sheila Cleveland said during the meeting. "Over the past years, I consistently have heard overwhelming opinions that to have a full week off at fall break and Thanksgiving. It's more than just a vacation they're asking for. The purpose is to give the students a mental health break from the social and academic pressures after each of the grading periods."

However, other board members and staff argued the extra days off would take time away from summer vacation at the beginning or end of the school year.

"The feedback we received when looking at a week-long Thanksgiving break versus a week-long fall break, many folks look at Thanksgiving as obligated travel, versus fall break, which is more luxury travel," said Leigh Webb, assistant superintendent of secondary schools.

Some argued that while some parents prefer a longer fall break, for many parents in WCS, having longer breaks also means parents have to secure child care for longer stretches of time when their child is not in school.

"Let's not forget that segment of our community ... that have two working parents or a single parent that's working that doesn't have the luxury of going on vacation, and for them, they have to find child care," board member Eric Welch said.

Take a look at the calendar included in the meeting agenda below.