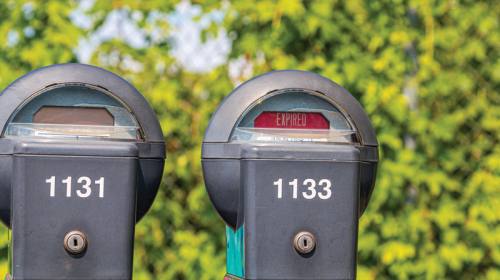 Metro Nashville Council approved an ordinance on the second of three readings Oct. 15 that seeks to raise parking meter fines.

Parking meter fines in Nashville could see a hike by the end of the year.

Metro Nashville Council voted Oct. 15 to approve an ordinance on second reading that seeks to raise parking meter fines from $11 to $25.

The increase will go into effect Dec. 1 if approved on a third and final reading at the Nov. 5 meeting.

Ordinance sponsor District 17 Council Member Colby Sledge said there is not an exact estimate in additional city revenue if the fine is increased, however, he said it could be up to $1 million.

"During the discussions we've had about modernizing parking in the city, one of the recommendations was that very number, $11 to $25," Sledge said. "I've had several colleagues suggest we go higher, but I did feel like it was better to do a number that had been publicly discussed in some way and to take what I think is the first of several steps to modernize, and without privatizing, our parking."

Sledge said the increase could assist in funding future modernization efforts for the city's parking meters such as mobile pay options.