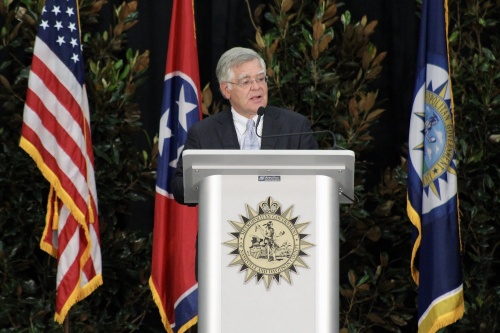 The order mandated that should the bill be overturned, Metro Nashville employees would have been prohibited from assisting or cooperating with Immigrations and Customs Enforcement and Customs and Border Protection agents.

In his announcement, Cooper called the order "flawed" and said it put the city at risk for losing more than $1 million in state grants and that the order did not provide sufficient guidance for Metro Nashville employees on how to respond to requests from ICE and other federal agencies.

“I have said frequently that I want Nashville to be a city for everyone, and that certainly includes immigrants," Cooper said in a statement. "Our city benefits greatly from the many contributions of our immigrant neighbors. I am deeply aware that our success as a city depends on everyone both feeling safe to participate and having access to opportunities. To get there, we need to make sure that all Nashvillians feel safe when interacting with our city agencies. It is up to the federal government to both make and enforce our immigration laws. It is my job to make sure that our city runs well. Our city agencies have limited resources and cannot be expected to do the work of the federal government."

Cooper also announced he is setting up a task force to make recommendations on how Metro Nashville employees should interact with ICE agents that "respects the very separate roles of federal, state, and local governments; complies with state and federal law; and protects the safety and well-being of everyone in our immigrant communities."

"Recent activities by ICE in our city—including at a Metro school—demonstrate that neither city agencies nor residents have received sufficient guidance on how to report or respond to requests for assistance from federal agencies like ICE," Cooper said in a statement. "This task force is intended to address that issue from the ground up, with guidance crafted by this diverse group of Nashville’s leading voices on immigration and local law enforcement policy."

The task force is expected to make recommendations within the next 60 days, according to the announcement.