CEO: First businesses at Epicenter in Gilbert ‘have the right mix’ 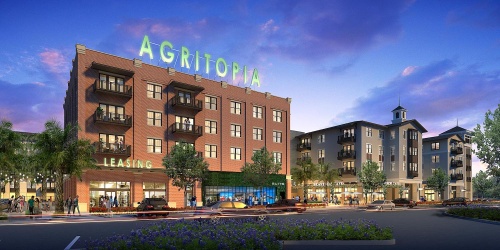 When Epicenter developers announced Oct. 7 the first five businesses that have agreed to set up shop at Agritopia’s vertical mixed-use development, they presented some hot brands as well as some startups.

That’s okay with William Johnston, who recently was promoted from business manager to CEO of Johnston & Co., the developer behind the Agritopia community.

“One of the things we’re trying to do here is have tenants who are passionate about what they do, committed to quality and that understand their craft,” Johnston said. “For us, that’s a mix of both well-known local entrepreneurs, like Matt’s [Big Breakfast] and Gadzooks, as well as some startups that we feel have the right mix of those three things, plus a good business acumen.”

Epicenter is meant to be the urban piece for Agritopia, the Johnston & Co. development that celebrates Gilbert and founder Joe Johnston’s agricultural roots. Agritopia is built on Joe Johnston’s childhood family farm.

Epicenter will have ground floor retail with apartments above. William Johnston said the developers anticipate the businesses being able to move in in fall of 2021.

Johnston & Co. partnered with StreetLight Residential of Dallas, Texas, on the development, with LRK of Memphis serving as the architect. William Johnston also credited Joe Doucett of Newmark Knight Frank as the retail listing agent representing Johnston Co., and Casey Treadwell of Thompson Thrift, the owner’s representative of Johnston & Co., for bringing the business portion of Epicenter to life.

Matt’s Big Breakfast and Gadzooks are both established restaurants in Gilbert. Matt’s Big Breakfast opened in downtown Phoenix in 2004 and has grown to encompass two more Phoenix locations, another in Tempe and one more coming soon to Scottsdale. Gadzooks, which tags itself as an enchiladas and soup establishment, has two locations in Phoenix and one in Tempe.

The first announced retailer is Bunky Boutique, which sells items from local designers and has locations in downtown Phoenix and, like Matt’s Big Breakfast, at Sky Harbor Airport.

The startups present are Wylde Salon and Hooligans Barbershop. Johnston said the two businesses are owned by the same group.

William Johnston said he anticipates that regular rollouts of new businesses that have signed on with Epicenter will continue.

“We’ve got some really exciting names coming down the pipeline,” he said. “For us, it’s important for people to understand that this is really a true lifestyle center that has high-end retailers, services [and] fitness options as well as food.”