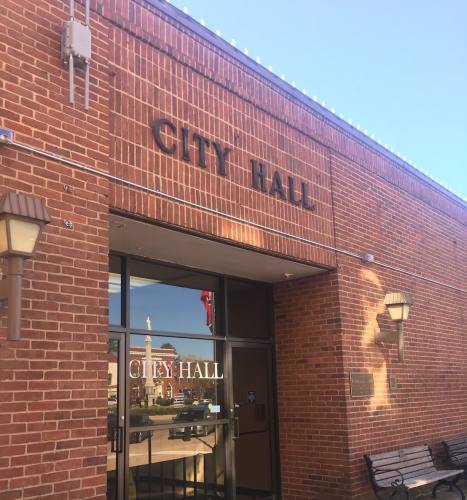 A pair of properties south of Murfreesboro Road and east of I-65 took procedural steps toward their respective annexation and rezoning plans at the Franklin Board of Mayor and Aldermen meeting Tuesday, Sept. 10.

Residents of Franklin can voice their opinions on a proposed South Franklin annexation at a public meeting on Oct. 8.

BOMA set a public hearing for its regularly scheduled Oct. 8 meeting date to discuss the annexation of one of the 27 parcels on Long Lane that have requested to be brought into city limits.

The property in question, located at 4331 Long Lane, Franklin, is the only one of the 27 properties that is within the city’s Urban Growth Boundary. That means that the board can annex the parcel via a vote, rather than a referendum of the property owners, such as the referendum scheduled for Oct. 22 for the other 26 properties.

Franklin Planning and Sustainability Director Emily Hunter said in the work session prior to the BOMA meeting that Envision Franklin, the city’s planning document, recommends the property be zoned for Regional Commerce if annexed into city limits. However, State Residential zoning will be used as a placeholder instead.

“Because there is no development plan being proposed quite yet, the applicant has asked for a state residential zoning—which is the closest to what the county permits under their current zoning,” Hunter said.

She said that city staff recommends that the county and city develop an agreement on maintenance of nearby infrastructure through an interlocal agreement as part of the annexation.

A 237-unit multifamily development also took another step toward approval during the meeting.

The board voted unanimously to advance the rezoning and development plan for the site located at 2050 and 2051 Wood Duck Court, Franklin, which is located near Carothers Parkway just south of Murfreesboro Road. As the plans stand currently—and if BOMA gives approval on its final reading—the 20.9-acre Wood Duck Court subdivision would have 237 units in buildings standing three to six stories high, according to plans submitted to the city.

The properties are currently zoned for general commercial, according to Hunter.

“Due to the location and how far it is off the primary arterials and collector streets, it’s not considered the best viable location for commercial,” she said. “Therefore, multi-family projects are supported as a single use in this location.”

The property's development plan and rezoning must go through one more BOMA vote. The next meeting is Sept. 24 at 7 p.m. at Franklin City Hall, 109 3rd Ave. S., Franklin.