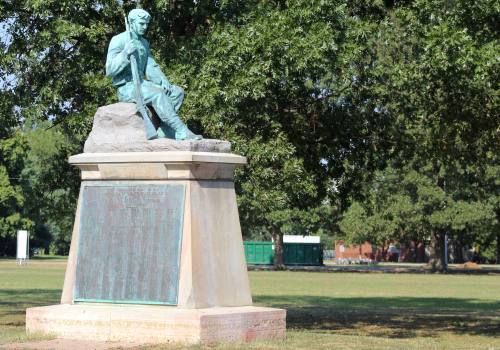 A Confederate monument will remain at its current location in Centennial Park following the Metro Nashville Parks and Recreation board’s Sept. 3 decision to not move forward with petitioning its removal or relocation.

The board voted to keep the monument in place, but it plans to install new signage with historical context. The monument, which is located 500 feet southwest of the Parthenon, was vandalized on June 17, according to the board.

In 2013, state lawmakers enacted the Tennessee Heritage Protection Act, a law prohibiting the "removal, relocation or renaming" of a memorial located on public property without state approval.

“Even if the board did vote to remove or relocate the monument, it would require state approval,” Parks and Recreation Director Monique Odom said at the board meeting.

While Odom did not specify when signage will be installed, she said the accompanying text must first be approved by the board. The board’s next meeting is on Oct. 1 at noon at the Parks Board Room, 2565 Park Plaza, Nashville.