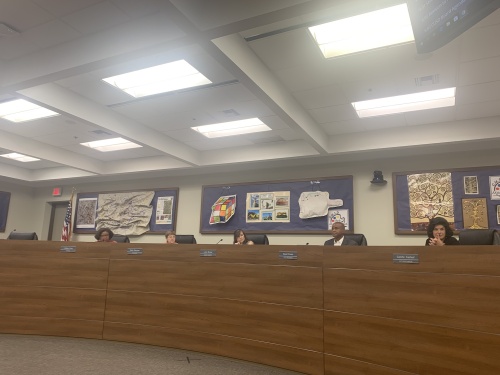 The Chandler USD board voted Aug. 28 to approve a resolution allowing the district to move forward with a lease agreement for two new elementary schools.

The Chandler USD board unanimously approved a resolution Aug. 28 to allow the district to enter a ground lease and lease-purchase agreement for the two new schools the district plans to build.

The agreement stipulates district costs will not exceed $36 million. Lease purchase proceeds will be used for the funding of a portion of the new high school land site and to fund construction for Elementary No. 31—a project the district hopes to wrap up before the 2019-20 school year.

Lana Berry, Chandler USD's chief financial officer, told the board Wednesday if the $290.25 million bond passes in the November election, the district expects to pay the lease off by July 1, 2021.

Berry said the district is still determining which bank the agreement will ultimately go through, noting they received seven proposals, but said she was hopeful a selection would be made in the coming weeks. Berry said they determined it was best to look at banks offering fixed rates, since rates were low and the district could then avoid the risk of higher rates in the future.
SHARE THIS STORY