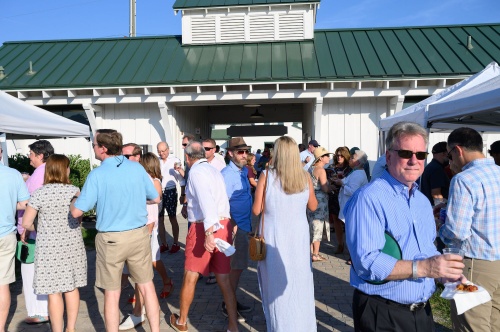 Following the success of its eighth annual Raise the Roofs Event, local nonprofit organization Friends of Franklin Parks has announced plans to restore the historic Hayes House at Harlindale Farm in Franklin.

The historic Victorian farmhouse long served as an anchor home for the Harlin family, according to a FOFP release. While full plans for the restoration are expected to be announced in the coming weeks, the home could serve as a special events venue, a fine art gallery as well as offices.

“People want to be a part of these important projects, and it costs about $200 per square foot to renovate a historic home in Franklin, so we’re selling square footage to our Friends,” FOFP Executive Director Torrey Barnhill said in a statement. “We can all ‘invest’ in a piece of the Hayes House–the ‘deed’ doesn’t come with any special privileges but the pride of knowing that we played a role in bringing it back to life.”

Those interested in learning more about how to get involved can email [email protected] or visit www.friendsoffranklinparks.org.