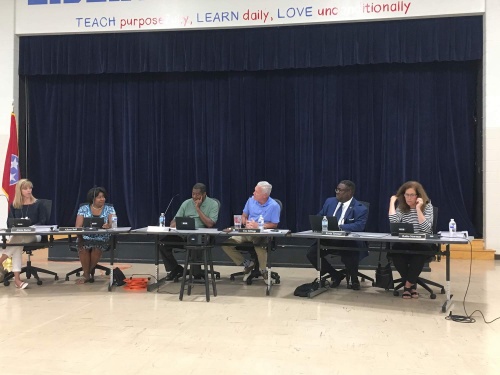 With only a few weeks left of summer vacation, the Franklin Special School District has wrapped up work on its budget for the 2019-20 school year.

This year's budget includes a 2.5% cost-of-living pay increase for all FSSD employees as well as step increases for employees based on their tenure, according FSSD Director of Schools David Snowden. The budget also includes a 5.4% spending increase for special education instruction.

Total revenue for the 2019-20 budget amounts to $78.4 million, while revenues total $80.6 million, according to budget documents. To cover a shortfall from a number of financial challenges faced by the district during the 2018-19 school year—including a loss in expected sales tax, a loss in property tax revenue and emergency mediation for a mold outbreak found at one of the district's campuses—the district will use a portion of its funding reserves, according to Associate Director of Schools Chuck Arnold.

Arnold has previously said the district is hopeful revenue collections will outweigh next year's expenditures, and the district's normal spending patterns will return.

During the meeting, the board also approved the tax rate for fiscal year 2019-20 of $0.829 per $100 valuation, which is the same as the existing rate, according to Snowden.