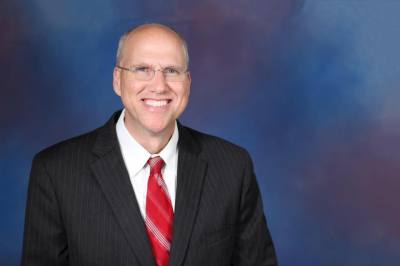 The WCS board voted 12-0 May 20 to enter into negotiations with Golden, the district’s former deputy superintendent and general counsel, forgoing a national search to fill the position.

“There have been a lot of people who feel that a nationwide search would be a waste of taxpayer money when we have such a strong, proven internal candidate,” board member K.C. Haugh said. “If you get the wrong hire, it’s not a quick fix—you’re looking at two to three years of disruption, in my opinion.”

Golden is currently the district’s interim superintendent. Looney accepted a superintendent role in Atlanta May 2. While some parents at the meeting expressed concern with Golden's lack of classroom experience as a teacher, the board praised Golden’s previous work as deputy superintendent as well as his capability at filling in for Looney.

“I can’t stress enough that his qualifications, well beyond the educational component, are going to drive us to a really great place, and I feel super supportive,” board member Angela Durham said. “I would just request that anybody who doesn’t support Jason specifically, I would like to know specifically why, besides the education thing.”

According to Tennessee law, the board must wait 15 days before officially offering him a contract. Community meetings will be held to introduce him to the public, board chairman Gary Anderson said.

According to Anderson, there will be a Facebook Live session featuring Golden on the Williamson County Schools page on May 22. On May 23, the board will hold a meet-and-greet from 6 p.m.-7:30 p.m. at Centennial High School at 5050 Mallory Lane, Franklin. On June 4, there will be a coffee event with Golden from 10-11:30 a.m at the Williamson County Professional Development Center at 1761 West Main St., Franklin.

“All of us that work for the school system—PTO parents, teachers, everybody who does something for this school system—we’re all stewards of what others have built ahead of us,” Durham said. “I want to thank Dr. Looney for his role in that.”

The meeting was Looney’s last with WCS before leaving for Fulton County Schools, and in his final address to the board, he implored board members to continue to put students first, especially the homeless, abused and other needy children in the district.

“This is not easy work,” Looney said. “My plea to you is, please continue to put all of our students, including those students in harm’s way, first.”
SHARE THIS STORY

Where to get free meals from Williamson County Schools, Franklin Special School District this summer

Students who get meals through schools will be able to receive free meals during the summer from either district.

Five businesses open in Franklin in May; doughnut shop celebrates one year in Brentwood and more top area news

The property is expected to change hands in the next two years.