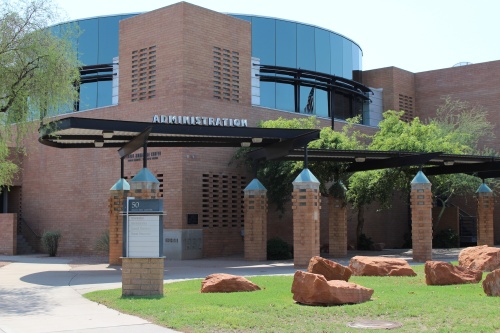 Three incumbents running for Gilbert Town Council have retained their seats, and one newcomer will join them, according to Tuesday’s primary election for the four seats.

The results did come with a lengthy delay—as was the case for much of the county—but 100 percent of votes in the council election were reported by the county Thursday morning, Aug. 30.

“I felt good going into it from the perspective I wasn’t particularly emotionally tied to whatever the results were going to be,” said Rigler on Tuesday night when it first appeared she might win a seat. “I had made peace with whatever happened. Whatever it is, I’ll be happy with any results. I feel like we put up a good campaign, and we were true to ourselves.”

Rigler, a lobbyist for the Arizona Free Enterprise Club, a low-tax, free-markets advocacy group, received 1,457 votes—2 percentage points ahead of fifth-place candidate Barbara Guy, according to the returns from the county recorder’s office.

Rigler also avoided a runoff. The town’s formula to avoid a runoff election is based on candidates getting one-half of the votes for a portion of the vote based on how many open seats are being decided. With four seats open, that meant getting half of one-fourth of the votes.

“I’m humbled to receive the most votes to continue to represent Gilbert,” Peterson tweeted. “I truly love what I do and look forward to my [second] term.”

Ray saw the vote as an endorsement of what the council has been doing and said he planned no changes to his approach or a push to get any agenda through the council.

“We ran a campaign that we thought was a good campaign, talking with the voters of Gilbert, getting their feedback, [and] their input,” Ray said. “They like what they have so far in Gilbert. So I will continue to do things that we have been doing for the last number of years and continue to look to ways to better spend money, to better develop the community and, of course, most importantly, [have] that long-term sustainability.”

Cook echoed Ray's thoughts on the election.
"We get to keep the one team together," Cook said. "We have great momentum. We have great strategic direction. The residents of Gilbert have voted knowing that."

The town’s ballot question, seeking permission to sell a plot of land on the north side of Germann Road just west of Lindsay Road that had once been set aside for a public safety training facility, was approved with 77 percent of the vote.

The training facility is now planned for near Power and Ray roads, and the sale of the land should help pay for the facility, Peterson said.

“The town is currently saying, ‘Go right ahead,’” she said. “It was overwhelmingly good.”

Gilbert is primarily represented in Legislative District 12, where State Rep. Eddie Farnsworth, moving over from the House, held off challenger Jimmy Lindblom by a 52-48 percent margin for the Republican nomination. Elizabeth Brown ran unopposed for the Democratic nomination.

A similar situation played out in Legislative District 17, which covers mostly Chandler but includes northwest Gilbert, with a House member getting the GOP Senate bid. Speaker of the House J.D. Mesnard ran unopposed for the Republican nomination to the Senate from the district. In November, he will face Steve Weichert, who also ran unopposed in the Democratic primary.

State Sen. Warren Petersen, now running for a House seat, was the top vote-getter with 33 percent of the vote in the four-person field for the Republican nominations in Legislative District 12. Incumbent Rep. Travis Grantham had 30 percent to also move forward to the general election.

Lynsey Robinson (45 percent) and Joe Bisaccia (37 percent) were clear winners for the two House nominations from the Democratic Primary in LD12.

In Legislative District 17, incumbent Rep. Jeff Weninger got 45 percent in the Republican House race and will advance along with Nora Ellen, who had 35 percent.

Jennifer Pawlik in the House ran unopposed for the Democratic nominations from the District and will be the only one from her party vying for one of the two seats.

Incumbent Republican Andy Biggs ran unopposed for the GOP nomination in his quest for a second term. The Democrat nominee will be Joan Greene, who gathered 60 percent of the vote to beat Jose Torres.