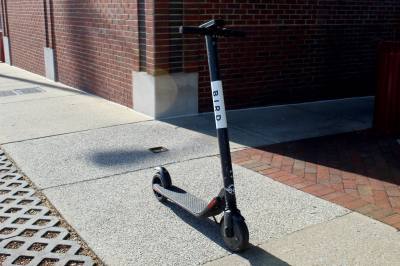 It has been one year since scooters first launched in Nashville, and Metro Nashville and public safety officials are still working to determine if scooters can within the city’s overall transportation plan or if they will be removed altogether.

On May 23, Nashville Mayor David Briely issued a 30-day notice in an open letter to companies calling for more safety regulation and enforcement following the death of a 26-year old man who was struck by an SUV while riding a scooter May 16.

"Nashville prides itself on being a friendly and welcoming city for the thousands of tourists visiting us each month, but we must also be a safe city," Briley said in the letter. "Based upon what I have witnessed firsthand, the recent influx of scooters in our city is causing us to be less safe and more visually cluttered."

Briley said the death of Brady Gaulke earlier this month has highlighted how dangerous the scooters can be. Last month, the city fire department had 43 calls for scooter injuries.

"Something has to change," he said.

After the city banned the scooters in June and welcomed them back in August, Nashville is now several months into a 20-month pilot program. To better oversee usage, a revised set of regulations approved at the March 6 Metro Nashville Council meeting aims to guide the city in expanding its mobility options while protecting public safety on streets and sidewalks.

According to city officials, there is still more to be desired in areas such as user compliance—an aspect Jeremy Elrod, District 26 council member and sponsor of the scooter ordinance, attributed to lack of enforcement.

“The biggest issue right now is enforcement,” Elrod said. “If we can deal with improper parking and riding on sidewalks, that would eliminate a lot of problems we face today.”

Briley said he has issued a 30-day notice for scooter companies to address safety concerns. Should the companies not comply, Briley said he will ask the Metro Nashville Council to approve legislation to repeal existing scooter regulations and ban operations in the city.

A study that is already underway and due in July by the Metro Transportation Licensing Commission, the department overseeing scooter operations, is expected to detail the overall impact of scooters as well as revenues, costs and proposed legislative changes, and could potentially be a catalyst for addressing these concerns, Elrod said.

“If the July study identifies that our operating fees are too low compared to other cities, that’s something [Metro Council] could consider raising in order to create more positions within [Metro Nashville] for enforcing the devices,” Elrod said.

While the official study has not been released, MTLC Director Billy Fields said the department also plans to examine how many local residents incorporate scooters, or “shared urban mobility devices,” into their daily lives.

“When I see someone riding a scooter at 7 a.m. wearing business attire, I would assume they are on their way to work,” Fields said. “One thing we plan to identify in the study is just how many local residents are now using these devices as a means for transportation every day.”

Regardless of the study, the scooter pilot program is expected to remain in effect through next spring—barring a ban in the next 30 days—and possibly later if the Metro Nashville Council votes to extend it in April 2020. The program is the first step in understanding the use of scooters in order to create a long-term plan that is both safe and sustainable, according to Fields.

Should the scooters remain, he said Nashville residents could expect to see changes as early as this summer when the MTLC and Metro Nashville Public Works establish no parking zones and create areas where users can park without penalty, which Fields said will be paid for out of Metro Council’s general fund.

Derek Hegarty, a transportation engineer with MNPW, presented plans April 23 to the MTLC to transform 12 8-foot-by-12-foot on-street parking spaces downtown into corrals, or designated parking areas, for scooters and bikes. The areas will be located between Union Street and Demonbreun Street and Second Avenue to Fourth Avenue.

Hegarty said each space could potentially hold up to 100 scooters and bikes and will be outlined with traffic bollards, or short posts, to protect both the pedestrians parking scooters and to keep cars from using them as parking spaces.

“We hope that by starting small, we can work out any kinks in the [corral] process and get this right before we expand it if we identify that it’s necessary,” Hegarty said.

In addition to no parking areas established on Broadway from First Avenue to Seventh Avenue, the plaza at Fifth Third Bank and the immediate area surrounding the Music City Center, MTLC voted to restrict parking in all areas except for the corrals in the pilot area.

“We’re not trying to discourage or encourage riding, we just want compliance with the rules,” Fields said. “Just as drivers have to follow the rules of the road, we expect scooter users to not run red lights and to stay off the sidewalks.”

Seven companies—Bird, Lime, Lyft, Spin, Gotcha, Bolt and Uber-owned Jump—operate a combined fleet of scooters and bikes in the city, according to Fields. Bolt is the latest company to be approved by the MTLC, bringing the latest scooter count to 4,150.

“There have certainly been more companies than we ever intended,” Elrod said. “Right now, we’re having to deal with what’s on our plate, but it’s my hope things settle down in the fall. … That’s when we can really figure out how to manage what we have.”

The requirements for companies to launch also include a one-time $500 application fee and $35-per-scooter fee that is directed into the city’s general fund.

Both Lyft and Jump requested to extend their fleets to 1,000 and 750, respectively, at the April 23 MTLC meeting. However, due to unclear language on what is required of the commission, Fields said the requests have been deferred until the MTLC can seek legal advice on how to move forward in approving additional scooters and bikes.

According to Lyft Compliance Manager Melanie Goggins, the company’s scooters are used on average more than what is required before expansion. She said the company sees its scooters as getting riders to and from their destination to another form of mass transit.

“Lyft sees scooters as a very important first-mile, last-mile solution, and that’s why we have invested so heavily in them,” Goggins said at the meeting. “When we operate in a city like Nashville and we’re seeing more than four rides per scooter per day, we understand that is demand that we could only satisfy with more scooters.”

Scooters and bikes, which are enforced like traditional bicycles, are limited to streets and bike lanes. Users are prohibited to ride on sidewalks within 600 feet of commercial buildings such as banks, hotels or office buildings, or on sidewalks that are less than 8 feet in width, according to city law.

Elrod said part of his frustration with scooters stems from the lack of active enforcement. While the Metro Nashville Police Department and the MTLC have the authority to issue citations to riders, both departments cite limited resources available to enforce the law.

MNPD Special Events Sgt. John Bourque said at a previous MTLC board meeting “laws are only good” if they are accompanied by enforcement and voluntary compliance.

“We do not have the time nor the resources to write the number of tickets it would take,” Bourque said. “If we identify 10 users riding down the sidewalk, how are we going to choose who to issue a citation?”

As of May 1, MNPD does not have a policy for issuing citations for scooters, nor does the department track scooter- and bike-related accidents, according to MNPD spokesperson April Weatherly.

“This whole idea of the expansion of scooters could be addressed if we had commitment by the MNPD that they would enforce the laws governing [scooters],” MTLC Chairperson Sal Hernandez said at the April 23 meeting. “If we did that, in my opinion, it would have a dramatic effect on compliance.”

Goggins said Lyft, similar to its peers, employs dedicated staff during daylight hours to monitor streets and sidewalks for scooters not in compliance with regulations. In mid-April, the company began attaching physical tags with regulations to its scooters to catch the attention of users who may swipe past instructions on mobile devices, according to Goggins.

Elrod said that while scooters will likely never be 100% in compliance, he expects residents may more welcoming to the transportation devices if the city can enforce regulations.

“It can’t be passed over that there’s a demand for using scooters to get around the city,” Elrod said. “Yes, there are frustrations, but if it turns out these devices are taking cars off the streets, I think we need to try to make them work as much as possible.”

Editor's note: An earlier version of this story went to press May 16 and has been updated throughout to include Mayor David Brieley's May 23 letter.
SHARE THIS STORY