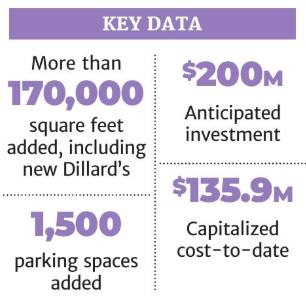 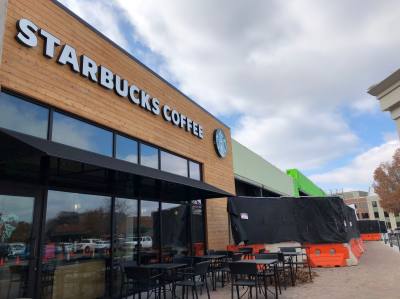 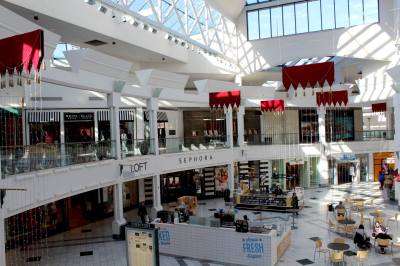 The Mall at Green Hills is more than a high-end shopping experience. It's the center of the community, and a premier regional hub for commerce, dining and entertainment.

With ongoing renovations, a new wing under construction, and anchored by Dillard's expansive new 187,000-square-foot retail space, The Mall at Green Hills is a marked contrast to malls around the country that are struggling to draw shoppers and keep their anchor stores.

The "retail apocalypse," a term used since 2010 to describe the closing of brick-and-mortar retail stores, continues to take its toll on enclosed malls nationwide, including several in Nashville.

â€¢ Harding Mall in South Nashville closed in 2006 and is now the the site of a Walmart.

â€¢ West Nashville's Bellevue Center, a once-thriving mall that opened in 1990, is now home to One Bellevue Place, a 375,000-square-feet mixed-use development.

Compared to other shopping centers, The Mall at Green Hills has been a success story. And it continues to grow through a winning formula of high-end luxury brands, three strong anchor stores and a broadly appealing mix of diverse businesses.

"The Mall is a great centerpiece for our commercial district," said Councilman Russ Pulley, "and they seem to care deeply about things important to our community."

As evidence, Pulley cites The Mall's collaboration with Metro Nashville to install an island on Hillsboro Circle and its commitment to maintaining onsite greenery.

"As we try to find a uniform approach to the way our retail centers look in Green Hills, the mall is certainly doing their part with its renovations," Pulley added.

The nation's top-performing malls are located in markets that are heavily-populated, wealthy and tourist-focused, according to a 2017 report by Core Research, a company that analyzes global retailers and brands. The Mall at Green Hills can check all three boxes. What separates them from the pack is the focus on luxury retailers and a commitment to reinvesting in infrastructure.

"Everyone always talks about the declining state of brick and mortar stores, but the strong will always survive," said Kimberly Hales, general manager of The Mall at Green Hills. "The best malls in the country will remain strong, and we do that by upgrading our mix of stores and remaining relevant to what the market is today."

Additionally, they are renovating the space formerly home to Restoration Hardware to accommodate four exterior restaurants, includingÂ Italian eatery North Italia next fall,Â and five interior luxury tenants. This phase of the project will open as tenants are ready, said Hales.

"We want to improve so that it's more a shopping destination for the entire family," Hales explained. "We know our food offerings are limited. (That's) why we're going to add four restaurants â€” so that when you're hungry, you have more onsite choices."

Inside, renovations include new flooring in some areas, updated handrails, expanded public restrooms, and within the next year, customers will see soft seating areas, new escalators in the Nordstrom and Macy's areas, and renovations to the interior bridge areas that connect the sides of the upper level.

The mall is also planning to widen the range of its retail clients beyond luxury brands and into categories like contemporary apparel and more home furnishing options.

"If you walk into the shopping center today and look for an athletic shoe store, you wouldn't find one," Hales said.

While the explosive growth of online shopping has been cited as contributing to the decline of malls, it is ironic that some of these disruptors are now moving into brick-and-mortar centers.

During the past three months, the mall welcomed Peloton, Sundance and UNTUCKit, all of which are the companies' only Tennessee location. Restoration Hardware opened a 56,000-square-foot RH Gallery at The Mall at Green Hills in June, joining Nordstrom, Johnny Was and other " shops not born online that only have one Tennessee location.

"Online stores opening brick and mortar locations ... is not something happening everywhere," said Hales. "But Nashville now has a (national) reputation that it's the city to come to for both tourists and businesses."

As the mall's retail mix has become more unique, its customer base has broadened. Most shoppers still live in the area, said Hales, but about 25 percent are "tourists" who live more than 50 miles away.

"Customers aren't just coming from other areas in Tennessee, they are also from surrounding states," Hales said. "That's because many of the stores here you will not find anywhere else in the state unless you travel out of state to Atlanta. This makes us a destination."

"And because the city has become such a destination for conventions, large-scale sporting events and meetings, we always see an uptick in business when something's going on in the city," she added.

Further evidence of the strength of the area's draw is evident in other parts of Green Hills: Shake Shack at Hill Center Green Hills, and True Food Kitchen opening up shop at the mixed-use development Vertis.

With the growth Green Hills is experiencing, it's natural the community now has to address issues like increased traffic, the need for sidewalk improvements and safety concerns.

The Alliance for Green Hills, an organization that advocates for community improvements, is in the early stages of a sidewalk and walkability initiative between Richard Jones and Warfield along Hillsboro Pike. The group says it believes improving this strip of Hillsboro, which connects The Mall at Green Hills, Hill Center and other business clusters, will provide a safer walking experience for shoppers.

In 2016, the organization partnered with the Nashville Civic Design Center to bring a trolley to Green Hills in an effort to cut down on holiday traffic woes. The trolleyÂ offered free rides to five shopping destinations, including The Mall at Green Hills.

"[The mall] is wonderful to work with," said Elizabeth Miller, who serves as secretary for The Alliance. "They're great community partners ... They've always been very supportive of this organization, and I think they are mindful of their impact on Green Hills."

One of the more exciting side benefits of a high-end luxury stores is that it tends to draw celebrities. Whether they are locals or "tourists," people-watchers attending grand opening celebrations were able to see the likes of Naomi Watts and Portia de Rossi at RH Gallery, or Emmylou Harris at Johnny Was.

The bottom line is that the combination of luxury product lines, a refined and inviting space, and regular appearances by celebrities creates a unique vibe to the mall's shopping experience. Add in the regularly scheduled special events held in the public spaces and the experience can feel like a homey â€” if somewhat ritzy â€” town square.

Adults and children casually dining, an occasional Macy's trunk show, or a cooking class put on by Williams-Sonoma. And, of course, during the holiday season you'll find a 22-foot-tall sleigh interactive, where children can make personalized badges and meet Santa.Â â€¢