Green Hills, Belle Meade have been key to restaurant sceneâ€™s diversity and growth momentum in Nashville 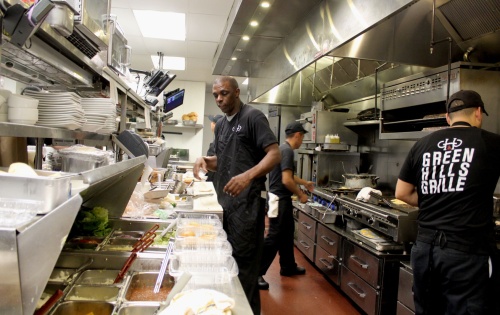 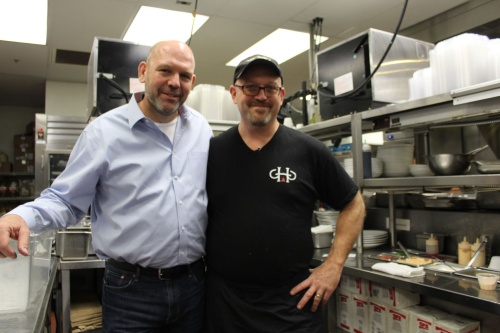 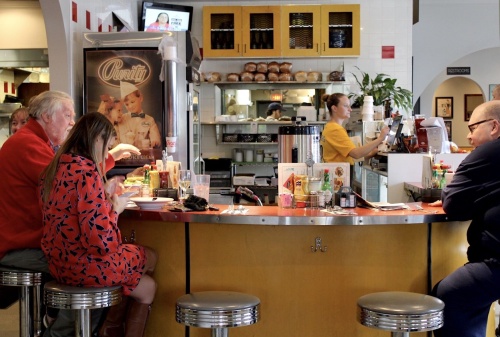 As new restaurants open in Nashville weekly and top-tier chefs from all over the U.S. plant roots here, thereâ€™s no denying independent restaurants â€” several in Green Hills and Belle Meade â€” have been key to the cityâ€™s growing culinary reputation. By yearâ€™s end, Nashville will be home to 140 new restaurants, bars and cafes, nearly triple what opened in 2015, according to the Nashville Convention & Visitors Corp.

Green Hills and Belle Meade account for 7 percent of that growth with 10 new restaurants, of which six are chains, a sharp increase from two that opened in 2017 and one in 2016.

Despite an uptick in new dining options, the industry remains a volatile one. Nashville is actually now seeing a slight decline in total restaurants after steady growth since 2011, according to a February report from the research firm NPD Group. Locally-owned establishments are most impacted.

But with Nashville Originals, the cityâ€™s non-profit independent restaurant association, a group of more than 60 local restaurateurs are dedicated to sustaining the independent scene.

â€œMost restaurateurs try to help pro- mote each other and care about each other,â€ said Wendy Burch, co-owner of Table 3 Restaurant in Green Hills and a Nashville Originals member. â€œItâ€™s a competitive industry, but we all want the best for our friends and know that people likely arenâ€™t going to eat at the same place every night.â€

Under the umbrella of chains are quick-service restaurants â€” every- thing from fast food establishments to fast-casual chains like Panera and Chipotle, to full service restaurants like Carrabbaâ€™s Italian Grill and The Cheesecake Factory. Nashville had 2,887 quick service locations in 2016, according to NPD Group â€” a number projected to grow 6 percent by 2020.

Green Hills and Belle Meade have their share of quick-service restaurants. But independent purveyors of finer-dining options have also been targeting the area for expansion.

And before the end of 2018, a modern Mediterranean restaurant named Santo is set to open at Vertis Green Hills. Santo is the inspiration of the owners of Kalamatas â€” Maher Fawaz, Andrew Fawaz, Gabe Reyes and Bradley Ryan â€” and represents a return to the area after they expanded beyond Green Hills in 2014 with a new concept in 12 South, Epice.

According to several Green Hills and Belle Meade restaurant owners, the recipe for success involves consistency and community. Those who have been here for decades recognize Nashvilleâ€™s growth, and the new dining that comes with it, but they believe people find comfort in familiar places.

Smithing was no stranger to Green Hills Grille, having worked there as a server, bartender and general manager before crossing county lines to work at Brentwoodâ€™s Mere Bulles, another restaurant with a rich history that he now owns.

â€œI live in Green Hills and missed it,â€ Smithing said. â€œI noticed there was a need for a community dinner hub, a place that could feed four generations. Having been a part of the original location, I knew thatâ€™s something we could do.â€

The restaurant, now in a new space on Richard Jones Road, celebrated its third anniversary in September. Smithing says being an independent restaurant allows him to adjust to customersâ€™ needs much faster than a chain. Just as important to Smithing is achieving recognition within the community.

â€œIn Nashville today, people think the intention of every new restaurant is to win a prestigious award. Iâ€™m not trying to win a James Beard,â€ Smithing said with a laugh. â€œBut we do want to be a really good neighborhood restaurant. If something isnâ€™t doing well, we can take it off. If we want to add a new item, thatâ€™s something we can do.â€

Local restaurateur Al Thomas, who owns Sperryâ€™s Restaurant in Belle Meade, equates a restaurantâ€™s success to its commitment to consistency.

â€œIt's all about consistency in the atmosphere, consistency in food, consistency in service, and thatâ€™s why weâ€™ve been successful,â€ Thomas said about Sperryâ€™s. â€œItâ€™s about knowing what to expect every time you walk through the door.â€

Thomas and his wife Trish purchased Sperryâ€™s Restaurant from his father and uncle in 2000, more than 25 years after the Old English-style restaurant opened its doors to Belle Meade. Other than a few minor upgrades, and the addition of Sperryâ€™s Mercantile in late 2015, Thomas said the lack of major changes is intentional.

â€œBelieve it or not, it was a big deal for us to scrape the popcorn off the ceilings from back in the â€™70s,â€ said Thomas. â€œWhen it comes to appearance, weâ€™ve been slow to change things â€” for a reason.â€

Instead of spending money overhauling the restaurantâ€™s look, Thomas made changes where it counts, like sourcing fresh seafood and switching to higher quality beef. â€œIf you donâ€™t have any consistency, you donâ€™t know what youâ€™re getting,â€ he said. â€œAnd if a guest complains about their meal, you donâ€™t want to have to guess where it came from.â€

have to guess where it came from.â€ Like Thomas, Noshville owner Tom Loventhal says consistency is something he carried with him when expanding the deli to Green Hills in 2005. Loventhal, who opened the first Noshville in Midtown in 1996, says he sees many of the same faces, some five times a week or more.

â€œNoshville is a quick turnaround kind of restaurant, so itâ€™s important for customers to have a similar experience every time they have a meal,â€ he said.

"In the dining business, customers will give a restaurant a second chance if they have a bad meal paired with good service, but that can change when bad meals start adding up,â€ he added. â€œRestaurants can avoid that problem by being consistent.â€

Tucked away near the Mall at Green Hills is Table 3 Restaurant and Mar- ket, a French bistro owned by Green Hills restaurant veterans Wendy Burch and Elise Loehr. They opened Table 3 in 2010, seven years after taking over ownership of popular restaurant and jazz club F. Scottâ€™s on Crestmoor Road.

â€œLooking back, it was probably known as one the best restaurants in town, especially with the jazz club,â€ Burch said. â€œOur customers became our best friends, and on any given night there might be five CEOs in the room. It just had that kind of energy and excitement.â€

When plans to relocate F. Scottâ€™s fell through in 2014, Burch said they decided to close and focus on Table 3. â€œIf the market makes sense one day, we would still consider (reopening),â€ she added. â€œWe still have people ask us every day if we will.â€

Table 3â€™s success was aided last year when new laws cleared the way for them to open a wine shop next to the restaurant. Loehr, a notable wine expert, now offers a wine club, tastings and tutorials that have been well received.

Burch says itâ€™s encouraging to see other restaurateurs promote each other, as they do for fellow Nashville Originals members Green Hills Grille and Noshville. However, even with a strong customer base, sheâ€™d like to see more faces.

â€œMeal delivery services like Blue Apron are gaining popularity, but it's still important to come out and try new things,â€ Burch said. â€œAnd with services like Uber, itâ€™s easier than ever to get out and enjoy a nice meal and a glass of wine.â€

While the restaurant scene remains as volatile as ever, Nashville's reputation as a culinary hotspot is growing as award-winning chefs open restaurants in areas like the Gulch, Germantown and other areas.

City House chef Tandy Wilson secured a James Beard award, the dining industryâ€™s highest honor, in 2016 after several years as a semi-finalist. Building on the success of City House, he opened Mop / Broom Mess Hall, another Germantown restaurant, in September with a focus on Southern staples.

Wilson is in good company with fellow James Beard award-winner Sean Brockâ€™s decision to leave Charleston, where he built a national reputation for innovative cooking, to establish a new base of operations in Nashville. He is the founding chef behind South Broadwayâ€™s Husk.

Add to these culinary stars the popularity of fine dining establishments like The Catbird Seat and Henrietta Red and you get a clear picture of just two more popular names in Nashvilleâ€™s growing culinary landscape.

Culinary innovators and high-concept dining options will continue to build the areaâ€™s reputation, but all agree that at its core dining is about the experience. And nothing tops a quality meal delivered in a friendly, relaxed atmosphere.

Green Hills is generating buzz of its own with the addition of eight new restaurants this year.

The opening of RH Nashville, The Gallery at Green Hills in June kicked off a string of new restaurants when the four-story, 70,000 square-foot design gallery debuted RH Cafe, an indoor courtyard cafe with seasonal options, a wine vault and coffee bar.

Local developments Vertis and Hill Center Green Hills are attracting chains like True Food Kitchen and Shake Shack, both of which chose Green Hills as its first Tennessee location. Char, a contemporary steakhouse and piano bar concept by 4-Top Hospitalityâ€”the team behind Amerigo, Etch, Saltine and etc.â€” opened at Vertis in September.

Within the coming months, diners will have access to two more restaurants at Vertis: Mediterranean restaurant Santo and chain Brixx Wood Fired Pizzaâ€™s first Nashville proper location. The 209-room Hilton, which says its accepting reservations for Feb. 12 and beyond, will open Harth, a dine-in style restaurant with a brick pizza oven, open concept kitchen and will focus on locally-sourced menu items.