This is what local parks will look like in the future 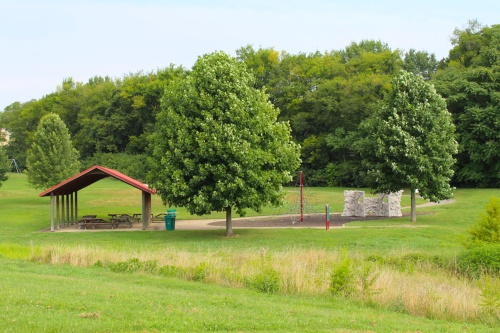 Nashville park officials say more land is needed â€” for both larger park projects and smaller urban ones â€” and they are pressing forward with a new plan that would add trails, pools and more park features throughout the city.

For Green Hills and Belle Meade specifically, the plan's focus on acquiring land in urban areas means establishing new parks in the area is not a priority. The I-440 Greenway, which is under construction just more than two miles north of Green Hills, will provide residents with new access to green space.

Since the cityâ€™s last major plan in 2002, more than 30 parks and 85 miles of greenways have been added to the system. But the city says they need to add more.

For the past decade, the city has focused on acquiring large-acre natural areas in the countyâ€™s outskirts, such as Bells Bend Park, Lytle Farm and Ravenwood Park â€” the latter two now part of Stones River Regional Park â€” which altogether account for more than 1,500 acres.

Â The new plan says Metro Parks is not finished protecting large rural properties but over the next 10 years it should also acquire and develop small urban parks needed to ensure a high quality of life, walkability and other benefits for residents in densely populated areas.

â€œDowntown parks are under intense pressure,â€ the plan says. â€œWith a growing population, these parks are at or are reaching maximum capacity.â€

While the plan doesnâ€™t specify areas it hopes to develop, there are a few spots on Metroâ€™s radar, including converting Greer Stadium into a park, as well as encouraging developers to incorporate green spaces.

So where does that leave neighborhood parks, or areas that span three-20 acres, such as Green Hills Park, Woodmont Park and other nearby green spaces removed from downtown?

These parks often have non-profit â€œfriendsâ€ organizations that operate as a private-public partnership with Metro to make park improvements a reality. The groups, like Friends of Green Hills Park, host festivals and other annual events benefiting their respective parks.

â€œMetro put in a walking path 10 years earlier when I was pregnant with twins, and I was so excited because Iâ€™d be able to push the stroller,â€ said Friends of Green Hills Park President Lora Barkenbus Fox at a presentation about the parkâ€™s upcoming festival. â€œBut then they took out the water fountain â€¦ I realized this was really bothering me.â€

Thatâ€™s why in 2015, Fox, along with treasurer Patrick Bradley, launched the non-profit group to care for the 12-acre park, situated at 1200 Lone Oak Rd next to John Trotwood Moore Middle School. The group also aims to engage the community and support safe connections.

Three years later, the park has a new water fountain, a Little Free Library donated by Parnassus Books, grassy beams that provide a natural play area, along with a host of other desired features included in its master plan.

But small neighborhood parks are not the only spaces with groups ready to advocate for improvements. Friends of Warner Parks is a non-profit group dedicated to preserving and protecting Percy and Edwin Warner Parks, Nashvilleâ€™s largest natural area park that sees around 1 million visitors annually.

â€œ[Friends of Warner Parks] partners with Metro Parks on most of our projects, so even though it's a private-public partnership, it's a really strong one,â€ said Amy Albright, event manager for the group. â€œThe Parks budget isn't as always as strong as they would like for it to be, so it's great to be able to step in and help with that.â€

Albright coordinates the groupâ€™s Full Moon Pickinâ€™ Parties, Hummingbird Happy Hour and Sunday in the Park, annual events that have helped draw in more than $30 million for park preservation efforts over the last 30 years.

â€œWe offer many types of programs and try to reach out to many demographics,â€ she continued. â€œItâ€™s encouraging to see, year after year, the communityâ€™s generosity and willingness to help preserve the park.â€