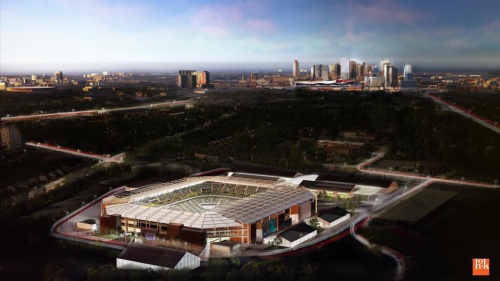 Following a four-hour public hearing Monday night, Metro Council advanced 20-9 the rezoning of 10 acres at the Fairgrounds Nashville thatÂ would support a mixed-use project planned near the proposed soccer stadium.

Now that the rezoning ordinance passed second reading, the council will take a final vote on all three ordinances, along with a resolution that authorizes $50 million in general obligation bonds related to the stadium, on Tuesday, Sept. 4.

However, due to city and state laws, Metro Council will need 27 votes to approve the demolition of buildings and the tax.

Just hours before Metro Council convened for the public hearing and vote, Â Nashville SC ownership and advocacy group Stand Up Nashville announced both groupsÂ reached an agreement on community benefits related to the stadium.

The below stipulations were shared with Metro Council members Monday afternoon:

The council meets on the first and third Tuesday of each month in the David Scobey Council Chambers at the Metro Courthouse. The courthouse is located at 1 Public Square in Nashville.