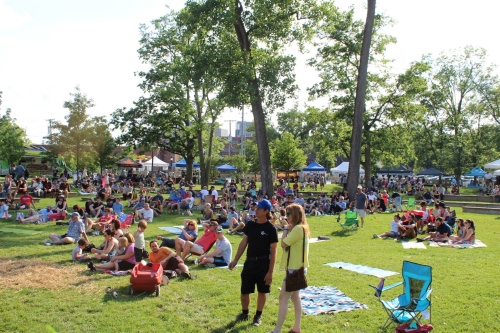 Musicians Corner, an annual summer concert series at Centennial Park, will bring back free music this fall for September Sundown, a new series that will take place every Thursday evening. The concerts showcase Nashville artists, along with a host of food trucks, local artisans and Kidsville activities.

The event falls on Thursdays, Sept. 6, 13, 20 and 27 from 5-9 p.m. Donations for Second Harvest Food Bank of Middle Tennessee,Â the featured charity partner for the series, will be accepted at each showcase. The Sept. 13 concert will be presented in partnership with the AmericanaFest and feature five showcasing artists.

â€œWeâ€™re excited to expand our programming to offer September Sundown in Centennial Park,â€ Musicians Corner Program DirectorÂ Justin Branam said in a release. â€œAfter a warm spring, we canâ€™t wait to return to the park in September for live music in the cool, autumn evenings.â€