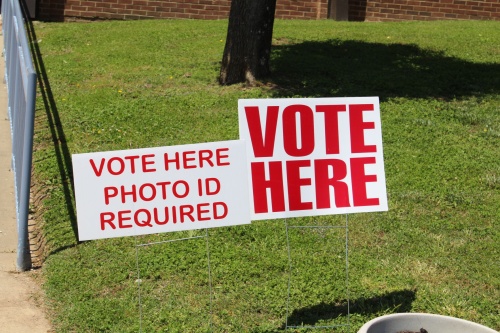 Nashville's pro-transit group has now concededÂ as results coming in favor the opposition. With more thanÂ 60,000 votes, the results show 65 percent are against the plan and 35 percent are for it. The group conceded an hour and a half after the polls closed at 7 p.m.

"Our transportation problems are not going away; in fact, we know theyâ€™re only going to get more challenging as we continue to grow. Iâ€™ll get back to work tomorrow on finding a solution for Nashville that we all can agree on."

We all can agree that we have to do something about traffic and transportation, but voters didnâ€™t get behind this plan. My responsibility as Mayor is to get back to the drawing board and find the common ground to develop consensus on a new way forward.

Here's what others are saying following the defeat:

Wow. Transit folks say it will likely take 6-8 years to get another plan and referendum vote together. No matter how you voted today, that's a scary thought for a city where traffic is only getting worse.

Nashville Chamber President Ralph Schulz, on transit defeat: â€œI got the sense that people want a solution, but they had a lot of different reasons that they didnâ€™t necessarily see this as the solution.â€

According to numbers released by the Davidson County Election Commission, early voting numbers show that 39,013 people voted against the transit referendum, while 20,991 voted in favor.

The numbers translate toÂ 65 percent against and 35 percent in favor ofÂ the proposed plan.

The early voting results show opponents of the transit plan in the lead.

If the referendum passes, Nashville would see a mass transit system by 2032. The plan â€” called Letâ€™s Move Nashville â€” includes 26 miles of light rail transit, an improved and expanded bus service and an underground tunnel downtown. The system would be funded by raising four taxes, including sales, hotel, rental car and business.

Along with the transit referendum, primaries for county offices and judicial positions are on the Democratic ballot. There are no primaries included on the Republican ballot.

Nashville residents are taking to social media to talk about tonightâ€™s election results.

WHAT PEOPLE ARE SAYING:

As early voting numbers come in, both sides gather to wait for the outcome:

Voters sound off on weather they voted for or against the plan.

I voted in the Democratic primary and FOR Transit.#BlueWaveTN https://t.co/BFcDGuh1QO

Voted Against @TransitForNash because I wanted above ground monorails in all direction with park & ride stations. Not for extended bus ðŸšŒ options or dedicated lanes that further bottleneck traffic! That makes no sense!

Twitter users like April Miller Dawson (@amillerdawson) and Trent Bynum (@trentbmedia) express why voting is important to them:

Exercising my right to vote today. Itâ€™s the American way and one of the ways that maintains our freedom! #RockTheVote

Performing my civic duty. Thereâ€™s enough craziness on Nashville roads already. Itâ€™s time to do something about it #VoteFORTransit pic.twitter.com/Cukp97szUM

People are sharing photos of their voting stickers, too:

Vote every chance you get. pic.twitter.com/w92SpnzFVb

We voted FOR Transit because it will benefit people like me, as well as people like my students. #TransitForNashville #nashville #transit #vote pic.twitter.com/V8p8K2EQiD

We will update this post as more information becomes available.