Construction work on Franklin Road will move further south at the Tennessee Department of Transportation continues work to widen the road.

Beginning Thursday, Oct. 24, crews will shift into the next phase of traffic control at the Moore's Lane intersection to start work on drainage and grading in the area, according to TDOT. The roadwork will reduce traffic down to one left turn lane and one right turn/thru-lane.

Drivers who travel around this area should expect delays, according to TDOT.

The ongoing project will widen Franklin Road from two to five lanes from Concord Road to just past Moore’s Lane and will establish a continuous center-turn lane. The road will also feature a 10-foot multiuse path and new signalization at Davenport and Holly Tree Gap roads.

The project was originally slated to be completed in 2021; however, TDOT officials said the timeline has been extended to allow for more time to relocate utilities along the roadway.

The project's new estimated completion date is April 2022 barring any further delays or complications, according to TDOT.
SHARE THIS STORY

The new signal has already been installed.

Take a look inside the newest elementary school in Williamson County.

Friends of Franklin Parks announced Jamey Parker as the organization’s new president and Thomas Curl and Bob Ravener as its two newest members of its board of directors on Jan. 22.

Listen to jazz, eat local food, watch a circus show and more: Five things to do in Williamson County this weekend Jan. 24-26

Five things to do in your area this weekend 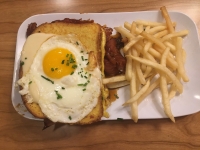 Take a look at some of the eateries that have debuted over the last year.

The local beekeeper is working to keep the population of local bees healthy. 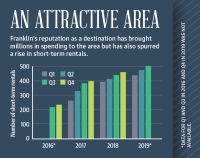 Changes to the city's zoning will limit where AirBNBs and other companies can be operated.

House prices have risen dramatically in the city of Franklin, leaving less housing diversity for those who work in the city.

The eatery is undergoing remodeling.

The board chose the name over the other two options presented to them at the meeting, “Oakstead Middle School” and “Oak View Middle School,” in a 10-2 vote.