How it works: How does the IMPROVE Act fund road projects in Tennessee? 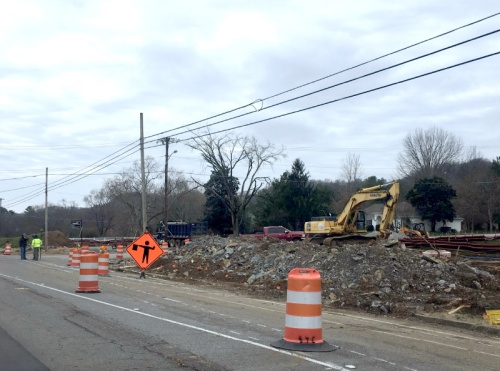 Signed into law by former Gov. Bill Haslam in 2017, the IMPROVE Act authorized the state of Tennessee to update several state taxes, including lowering the Hall tax and the sales tax on food.

However, the law also increased some state fees and taxes, such as additional registration fees for electric vehicles and incremental increases from 2017-19 to tax rates on gasoline, diesel fuel and natural gas.

According to the Tennessee Department of Revenue, local governments received a portion of funding from the tax increases to fund local road projects. Revenue collected due to changes from the IMPROVE Act is expected to go toward funding 962 road projects across the state, including several in the Greater Nashville area.

One of the area’s largest projects—the reconstruction of I-440—uses funds from the act and is currently under construction. Also slated for the Franklin and Brentwood areas are improvements to bridges on Franklin Road as well as improvements to the Moores Lane interchange at I-65, according to the Tennessee Department of Transportation. Construction dates for those projects have not been announced.