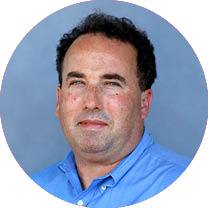 After his release from federal prison in April, David Land was down and out before a chance encounter with a driver who pulled over in Franklin to offer him a ride, he told a crowd in Franklin the morning of Dec. 16. Asked why he was walking before dawn, Land replied to the man he had nowhere to go.

The driver connected him with the Williamson County Homeless Alliance who housed him for five weeks before finding him a permanent home. Today, Land has two jobs and is earning a living as a landscaper, he stated.

“They got me a job and let me work, and I saved my money, and then they got me into the Heritage Place Hotel,” Land expressed. “They were super good to me.”

The assistance gave Land the breathing room to buy a car and achieve the satisfaction of getting by on his own, he said.

“I had nowhere to go; no money, no food,” Land concluded. “And look where I am now.”

Land spoke at the ribbon cutting of the Williamson County Homeless Alliance’s transitional home, a remodeled house on West Meade Boulevard to provide transitional housing for homeless residents, and the first home of its kind in the county. The home will house up to eight people for up to three months as they work to find steady employment and permanent homes, according to Pastor Kevin Riggs, a co-founder of the alliance.

The home was completed using a $250,000 donation from Franklin resident Rhonda Kemp, and donations and assistance from a swath of charitable and business organizations, including Williamson Inc., the county’s business chamber.

The home is an important step toward marshaling the necessary resources to help the area’s homeless, Riggs said, citing emergency shelter, transitional and group homes, and finally permanent housing as pieces of the puzzle.

At the home, residents will receive guidance from case managers who will help them with job searches and permanent housing. A monitor will also live in the home to provide counseling and oversight.

“We’ll be able to identify people who we think with some wraparound services and some really good encouragement have a high degree of success in moving out of homelessness,” Riggs said.

Since starting three years ago, the alliance has been able to transition 67 families from homelessness to permanent housing, Riggs said.

“We’re willing to address this from a holistic perspective instead of just warehousing people,” Riggs said. “We want to move them from homelessness to housing.”

Kemp spoke to the crowd explaining her financial donation was made to honor her parents, John and Joyce McMillen, who instilled in her that working to ease the hardships of others was a priority.

Kemp said her parents often bought clothing or provided food to struggling neighbors around the Giles County farm she grew up on.

“When people in the community were hungry or in trouble, Mom and Daddy knew it and they very quietly went about the business of making sure children were clothed,” Kemp said.

When her father died in 2019, Kemp was left the farm and she wanted to use it to do something to make life better for others.

“I was left with their belongings and didn’t really have a need for that,” Kemp said. “I knew from what they had patterned for me that there were people in need, and I wanted to be a part of that and for [my parents] to be part of that.”

At the event, musician Michael Rix played a medley of Christmas carols before Pastor Carl Marble, who will work in the new home as a monitor, concluded the ceremony with a blessing.

Riggs said the new home fills a niche. While he operates a men’s shelter on Natchez Street that is more of a permanent residence, more flexible options are needed to eliminate the problem.

Enough space remains on the 1-acre lot to build a second home to expand their mission, Riggs said. The alliance’s offices, a short walk from the new home, will serve as a day shelter for residents of the home.

“Building group homes and permanent housing in our city is, of course, very difficult because of the high cost of living,” Riggs said.

The alliance is also seeking donations that can be found on Amazon for housewarming gifts to equip the new home, organizers said.

Volunteers are also needed to prepare or donate meals for the home’s residents, said Vice Mayor Brandy Blanton, who is on the board of the alliance.

“It doesn’t have to be handmade; it can just as easily be something you’ve purchased,” she said.