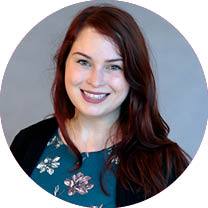 While most residents view the U.S. Census Bureau as a means for finding out how much the country has grown every 10 years, its effects can be far-reaching, helping to determine government funding and, most recently, local representation through redistricting.

Redistricting, the process of drawing new district boundary lines for congressional, state and local representation, is now underway in Tennessee following results from the 2020 census, released earlier this year. The process is undertaken at the state and county level, according to local officials.

District 9 County Commissioner Chas Morton, who represents the western portion of Franklin, served as chair of the reapportionment committee that helped create the new boundary lines. He said the new maps will help ensure each district has more equal population sizes, meaning each resident’s vote will count the same.

“We’ve gotten a whole lot closer to one person, one vote, which is the goal for any democracy,” Morton said.

From 2010-20, Williamson County has grown by just over 35%, according to census data. In Franklin and Brentwood, those population increases have been under the county average, rising about 33% and 22%, respectively.

However, officials said it is the growth in the surrounding cities in Williamson County that have been a topic of discussion. For example, Nolensville has seen its population more than double in the past 10 years—rising from 5,965 in 2010 to 13,829 in 2020, which means its district boundaries need to change to account for denser populations.

When creating new maps, the six-person reapportionment committee set out to ensure each district included roughly 20,000 people and soon found existing districts deviated from that goal.

“When we did census measurements, District 5, which is mostly Nolensville, had about 30,000 people,” Morton said. “So those voters are underrepresented and we needed to even those out.”

“Between 2010-20, we had a huge amount of growth on the south part of our county—Spring Hill, Thompson’s Station, primarily,” Morton said. “As a whole, the county’s grown [by 35%], but it was concentrated in various areas.”

For areas such as Brentwood, where growth is more controlled with lower density requirements for homebuilders, county districts have become larger to include enough voters to match nearby districts, according to county maps. Additionally, some Franklin-area districts shrank to allow for larger districts in surrounding cities. This means some residents in Franklin and Brentwood are likely to have new school board and county representatives.

Williamson County Election Administrator Chad Gray said this is why it is important that counties adhere to deviation requirements set forth by the state.

“If you keep the deviations to a smaller percentage, you’re less likely to have major changes the next time you do it,” Gray said.

Williamson County’s growth is on track with many counties in Middle Tennessee, which is seeing higher rates of growth than other areas of the state, according to state Rep. Sam Whitson, R-Franklin, who serves on this year’s House redistricting committee.

The House committee has been working over the last four months to redraw state House district lines in a way that balances populations across counties while following a number of stipulations, including that no more than 30 counties statewide may be split and attached to other counties, that the maps must comply with the Voting Rights Act as well as state and national constitutions, and that districts must be contiguous, according to state redistricting guidelines.

Additionally, although Middle Tennessee has seen population increases, this has not been the case across the state, according to House documents. From 2010-20, about 30 counties on the east and west sides of the state saw their populations decrease, according to census data. This, combined with the guidelines, made the process challenging, Whitson said. Final maps are expected to be made public in the coming weeks, he said.

“If you move one line over Shelby County, it can impact all the way across the state trying to keep this one person, one vote requirement,” Whitson said. “For instance, if we move 10,000 voters from one district, somebody else has got to pick those voters up and release them. It’s a complicated process.”

Although Tennessee’s population did not increase enough to require the creation of new state House or Senate seats, Whiston said the region’s population shifts will require some boundary lines to shift, meaning some residents are likely to see a new state representative or state senator.

“For Williamson County as a whole though, we’ll probably end up with three and a half state [representatives] and one and one-third state senators,” Whitson said. “It’s incredible how it impacts everything from federal funding to just decisions made at the local level and state level.”

Legislators are expected to finalize work on maps in the coming weeks, and they are slated to come up for approval when the Tennessee General Assembly reconvenes Jan. 11, Whitson said.

When state maps are complete, both state and county maps will determine representation ahead of the 2022 elections.

“This all will be effective for all of the elections next year,” Gray said. “There are going to be a lot of things changing sort of simultaneously, but for the voter’s purposes, all of this should be in order.”

Gray said new voter registration cards will be mailed out to residents ahead of the election. At that time, residents will be able to see if their local and state districts have changed.

Overall, Morton said although some representation may change, elected officials will still represent the county as a whole.

“I try to remind everybody as we went through the process, you know, we represent citizens in Williamson County, and whether that means that your number is 1-12, you’re still doing the same job and they’re still the same residents,” he said. “The people that get to vote for you may change a little bit, but you represent all of them, and that’s the important part.”