Governor to OK mask options in schools; sheriff to investigate following board meeting and more top Franklin and Brentwood news

The executive order will allow parents to opt out of local mask mandates. (Courtesy Adobe Stock)

Read the top business and community news from the Franklin and Brentwood areas from the past week.

In an Aug. 16 press conference, Gov. Bill Lee said he will sign a new executive order that would allow parents to have their children opt out of local mask mandates enacted by local school boards.

According to a social media post, Fiscus, who represents District 4, will leave the county as his family plans to move to northern Virginia.

Williamson County Sheriff Dusty Rhoades announced Aug. 12 his office will launch an investigation regarding behavior seen during the Williamson County Schools Board of Education special-called meeting on Aug. 10.

After less than two weeks into the school year, more than 300 cases of COVID-19 have been reported among Williamson County Schools students and staff.

Wendy Sturges contributed to this report. 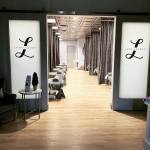 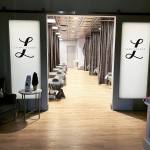