The event will begin at 11 a.m. at Harlinsdale Farm. (Courtesy Fotolia)

In lieu of a traditional Veterans Day parade, the city of Franklin will host a "reverse" parade Nov. 11 to honor veterans.

Instead of having veterans march, they will stay lined along the road while residents will be allowed to drive by and show appreciation.

“We wanted to find a way to honor our veterans but still be safe during a global pandemic,” City Administrator Eric Stuckey said in a release from the city. “We feel this reverse parade will be a great way for our community to give their thanks and gratitude.”

The parade route will start at 11 a.m. at the entrance of the Park at Harlinsdale Farm south of Harlinsdale Court and Franklin Road and will continue through the park and end at Harpeth Industrial Court.

See a map of the route from the city of Franklin below. 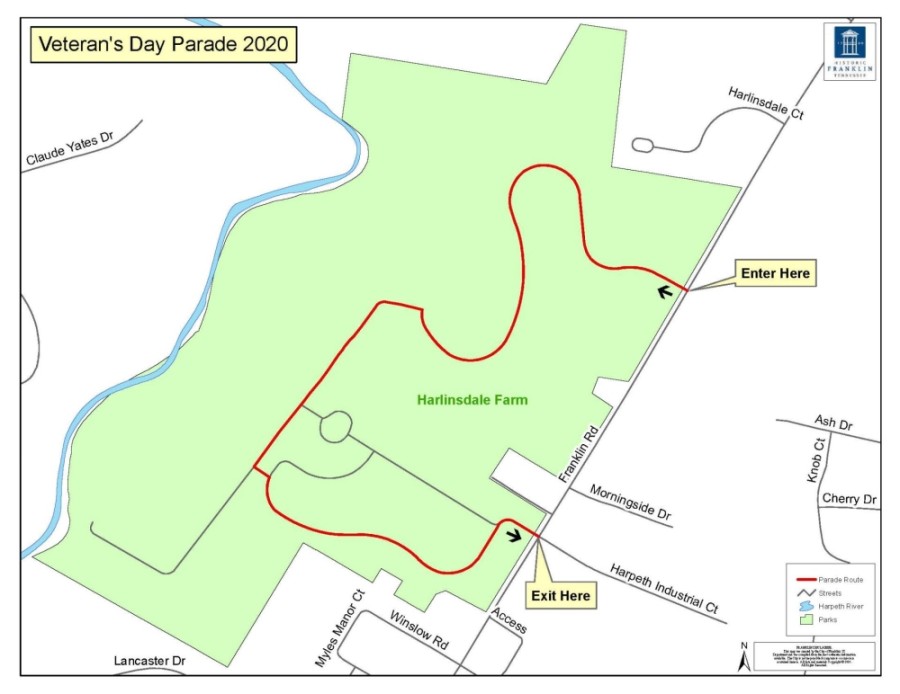