Mitsubishi Motors North America to relocate US headquarters to Franklin Another company headquarters will soon relocate to Franklin as Mitsubishi Motors announced intentions June 25 to move to the city later this year.

Mitsubishi Motors North America is expected to invest $18.75 million to move its US headquarters from Cypress, California, to Franklin beginning in August, according to an announcement from the Tennessee Department of Economic & Community Development. The move will bring about 200 jobs to the Franklin and Williamson County areas; however, the company has not yet announced a specific location within the city.

“Mitsubishi Motors is changing the way we go to market in the United States, and it is leading to a rebirth of the company," said Fred Diaz, president and CEO of Mitsubishi Motors North American, in a statement. "This is an exciting time for us, with a refreshed leadership team, new-look dealerships and redesigned and all-new vehicles. As we drive toward the future, this is the perfect time for us to move to a new home. While we say farewell to the Golden State with a heavy heart, we’re excited to say hello to Music City.”

The automaker will establish a temporary office within the city and will continue working to find a permanent office space. All departments of the company are expected to relocate, including sales, marketing, IT, human resources and parts and services. Franklin Mayor Ken Moore told Community Impact Newspaper the city has not yet been made aware of where the temporary office will be located.

According to the announcement from TNECD, the move will also bring the company closer to its sister company, Nissan, which also relocated its North American headquarters from California to Cool Springs in 2008.

“We seek great business partners here in Franklin. But we also want terrific corporate neighbors," Moore said in a statement. "Mitsubishi Motors checks both of those boxes, and I look forward to the economic and social benefits this tremendous company will have on our city and region.”
SHARE THIS STORY

The number of active cases in the county is 1,228, the same as Aug. 11, according to data from the Tennessee Department of Health.

For pet parents going out of town, The Pampered Pooch in Brentwood offers overnight boarding and doggie day care as well as a menu of spa treatments for pets to enjoy.

Get a sneak peek at Franklin's newest mural

The mural will be located on the former site of Judge Beans on Hillsboro Road. 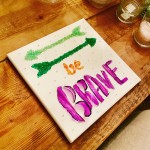 HeyDay in downtown Franklin to close in September