The Nashville area is experiencing record-low unemployment, leading to a market that favors employees, according to business leaders.

Williamson County’s current unemployment rate of 2.4% is the lowest in Tennessee, according to the Tennessee Department of Labor and Workforce Development, and jobs in all sectors continue to pour into the county, even outpacing the rapid population growth seen in Williamson County, according to the Nashville Area Chamber of Commerce and the Greater Nashville Regional Council, which is an association made up of the counties and cities surrounding the Nashville area. Business leaders agree that companies need to be creative to compete in the labor market.

Sherrie Dvorak, senior vice president of operations and recruiting processes for Frontline Source Group—a staffing agency with an office in Brentwood—said the market has changed from an employer-driven market to a candidate-driven market since the Great Recession. In the years following the recession, more people were unemployed, and companies could sift through candidates and take their time to hire new employees, she said.

“There were people to go around,” she said. “Right now, we are in more of a candidate-driven market, and it’s the flip side: We have more jobs than people to fill those jobs.”

An estimated 150,000 new jobs are expected in the Nashville area over the next 10 years. Despite the rapid growth of Middle Tennessee, including a net migration of 2,028 households per year to Williamson County alone, according to the Williamson County Association of Realtors, there is an expected shortage of 25,000 workers, per the GNRC and the Nashville chamber.

Chris Cannon, director of communications for the TDLWD, said there are good and bad effects of a tight labor market.

“It gives job seekers more choice when looking for a place to work,” he said. “But, employers can sometimes have a difficult time finding a qualified workforce. Recently, many employers in the Nashville area will tell you, this has been an issue in both the construction and hospitality industries.”

“We’re having a lot of people rejecting positions—they’ll get a position, and they’ll pit it against others,” she said. “We’ve got people taking counter-offers, so it’s a much more competitive market for companies to secure the talent that it used to be easier for them to get.”

According to the TDLWD, the health care and social assistance industry alone is projected to add 15,120 jobs in the Nashville area through 2020. The hospitality industry, including food service and accommodation, will add more than 10,000 jobs in the same time frame.

“I talked to their director a few weeks ago, and I said, ‘How often do you get requests from employers to hire your students?’” Largen said. “He said, ‘The first day they start class.’ Employers are that desperate to hire people in hospitality.”

The director of the program, Ken Daniel, said the hours and starting pay in the industry contribute to the problem, which he called a “tough nut to crack.”

“There’s simply not enough bodies around for these employers in Middle Tennessee,” he said. “And that’s industry-wide.”

The Franklin Chop House, a 25-year-old American eatery located on Murfreesboro Road in Franklin, has been hiring for months, part-owner Mark Robbins said. He said the “Now hiring” sign hanging on the fence outside the restaurant has been there for several months.

“We need one or two more people in the kitchen, and we always need new servers,” he said. He said it is difficult to find people who will stay long-term.

“We’ve tried different things, and it doesn’t seem to change,” he said. “I think it’s a function of how many businesses are out here and how many people are available to work in them.”

Business leaders agreed that employers have to find new ways to compete for talent when the market favors employees. Largen said companies should be creative with incentives and cultural perks.

“That doesn’t always mean more money, but it can for sure. But also, what are you doing from a cultural standpoint that’s promoting company and employee engagement?” he said. “I think that’s probably the most important part, is what are you doing to make yourself an employer of choice?”

Largen said some businesses in the county are offering perks like flexible scheduling, where employees are allowed to work different schedules to miss peak traffic or improve work-life balance. However, he said, in his opinion, culture is paramount.

“I think the most important part is [having] companies who really connect the employees with the mission and help employees understand the role they play and how that helps the company execute the mission,” Largen said. “Those employees that feel engaged are the ones that last, and involvement means commitment.”

“We’re trying to fill the right position to where they fit with our team and they’re a good fit for working with our residents,” she said. “To us, it’s all about care, so when you have that person who wants to make a difference, wants to enjoy their job and have a great place to work, we’re trying to get all those pieces together so that it’s a good fit for us.”

The company also offers a scholarship program for its employees who wish to go back to school, among other incentives. Nonetheless, the company has to “look a little more intently” to find the best quality of nurses, certified nursing assistants and resident assistants for the facility, she said.

Cannon noted a pair of programs that the TDLWD offers to assist businesses with staffing. He said job listings can be posted at no charge to Jobs4TN.gov, and that at any time, there are more than 150,000 openings on the site.

“The department also has veteran career specialists who will actually go out and market veterans and the unique skills they can bring to the job,” he said.

Dvorak said speeding up the hiring process, including reducing the number of interviews, is key for employers looking to staff positions. She said many prospective employees have other options in the thriving market and may not want to go through a long process.

“If you find a person that you like, do not wait; do not spend extra time analyzing or comparing one or two more people,” she said. “If you find somebody you like, you hire them right from the get-go, because if you wait, they will be scooped up by somebody else.”

Contract jobs are a casualty of the tight market as well, she said.

“Companies that have a policy of, ‘We hire everybody as a temp first,’ they’re losing out on really good talent, because a lot of people aren’t going to leave what they call permanent jobs for a temp job,” she said.

Largen said the concept of company loyalty is different now as well, as employees may not only change jobs, but change careers multiple times throughout their lives.

“They can decide what they jump for, whether it’s more money, whether it’s better benefits,” he said. “I think employers, to keep people, have to really be flexible and be willing to meet the demands of their strong employees if they want to keep them long-term.”
SHARE THIS STORY

While residents may see fireworks stands setting up around the county in anticipation of the 4th of July, the use of fireworks is not permitted inside the city limits. 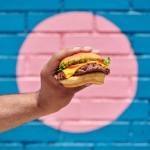 The eatery will feature a walk-up window and is expected to release a new summer menu in the coming weeks.

The bank opened its location on 5th Avenue June 23.

Those affected by the March floods can learn more about elevating their homes during the meeting.

In the past three years, the city has collected just under 4,000 pounds of unused drugs.

New signage displaying the history around emancipation and the freeing of enslaved people was debuted during the African American Heritage Society of Williamson County's Juneteenth celebration.