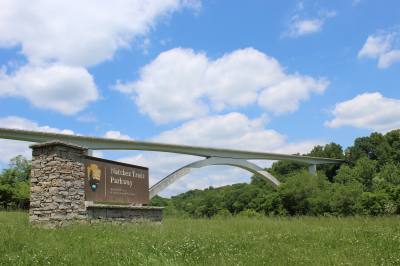 In light of longtime safety concerns, Williamson County commissioners have joined Tennessee’s state and federal lawmakers in asking the federal government to install barriers on the Natchez Trace Parkway Bridge, located in northwest Franklin near Hwy. 96.

“Too many tragedies have occurred there, and if there’s anything we can to do help, then we certainly want to do it,” Commissioner Chas Morton said.

The resolution was sponsored by commissioners Morton and Matt Williams.

According to the resolution, at least 32 people have died by suicide at the bridge since 2000. A joint resolution recognizing the "suicidal health crisis" at the bridge was signed by Gov. Bill Lee on April 10.

The bridge is controlled by the National Park Service.
SHARE THIS STORY