The fair, typically held annually in August at the Williamson County Ag Expo Park, has been held since 2005, but originally dates back to the late 1940s, according to a release.
RELATED STORIES

• MAY 16 ROUNDUP: Top stories this week from the Nashville area

• Coronavirus cases in Tennessee increase by 271 in 24 hours

"Everyone should know that the board waited as long as they could to make this hard decision," officials said in a release. "But, given the current pandemic and the provisions of the Tennessee Pledge, the health and safety of the public was their first concern."

While the fairgrounds will not be open to the public, officials said the fair board is working to develop alternatives for 2020 fair events. Residents are asked to share ideas for what the fair could look like at entertainment@williamsoncountyfair.org for a chance to win tickets to the 2021 fair.
Williamson County TN Williamson County Fair Coronavirus (COVID-19)
SHARE THIS STORY

The new eatery is now open in Harpeth Square in downtown Franklin.

The city of Franklin will add the seat—held by Alderperson Pearl Bransford until her death in November—to the ballot for its next election in October.

Testings and vaccinations at the Williamson County Ag Expo Center have been canceled for Jan. 11.

The city will move forward with plans for land in the West Harpeth area later this year, including land near the historic Gentry Farm.

In a Jan. 8 press conference, House Seaker Cameron Sexton said he could comment on why the offices were searched or the subject of the investigation. No indictments or arrests have been made.

Read the most popular news from the past week from Franklin and Brentwood.

The decision was made after consultation with local health care officials, according to an announcement on the WCS website.

The Williamson County COVID Priority List is currently only available to individuals eligible under the current phases of Tennessee's COVID-19 Vaccination Plan, which at this time includes those in Phases 1A1, 1A2, and residents age 75 and older.

The bar also operates location in Franklin, Brentwood and Nashville. 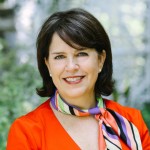 According to Visit Franklin, under Westman Chin's leadership, annual visitors to Williamson County have increased 48% to over 1.81 million annually, and visitor spending in the county has grown to $497.2 million, an increase of almost $90 million annually since 2014.