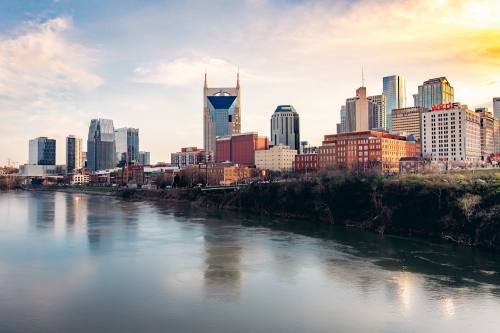 The Tennessee Department of Labor and Workforce Development announced in March that Davidson County had the second-lowest unemployment rate in the state at 2.5% in March, trailing Williamson County by one-tenth of a percent.

State and local experts who track workforce developments attribute the region’s healthy job market to a variety of factors, such as strong job growth and a robust local economy as well as offering an attractive workplace destination for both companies and job seekers.

“I think the low unemployment rate largely revolves around very strong job growth in Davidson County,” said Nancy Eisenbrandt, chief talent development officer for the Nashville Area Chamber of Commerce. “Not only do we have companies relocating to the Nashville area, but we also have existing companies expanding in the market and brand-new companies planting roots here.”

According to TDLWD Communications Director Chris Cannon, an influx of new residents creates a demand for additional services and infrastructure, which contributes to additional job growth.

“Whether it is companies choosing to locate in Middle Tennessee or expand existing operations here, the availability of jobs attracts people to the area,” Cannon said.

Nearly two-thirds of statewide job growth—62,200 out of 95,000 jobs—from 2016-18 was created in Nashville’s 14-county metropolitan area. Health care, construction, and leisure and hospitality industries contributed to more than 23,000 of those new jobs.

This increased job growth paired with an already crowded labor pool in Middle Tennessee—and more specifically in Davidson County and Williamson County—has led to a high labor force participation rate, according to Rupa DeLoach, vice president of research for the Nashville Area Chamber of Commerce.

She said in most cases a high labor force participation rate—or the percentage of working-age people who are either employed or are searching for a job—results in a higher unemployment rate due to a larger workforce.

However, this is not the case in Davidson County, where the labor force participation rate is more than 10 points higher than the state average at 69.4%.

“I think it’s because the economy is so strong [in Davidson County],” DeLoach said. “We receive supply from all of the surrounding counties, and we have a great business climate and tax climate. … This produces high productivity within businesses, and in turn, people want to come here. It’s a win-win situation for the job market.”

Low unemployment shifts the hiring landscape, according to Sherrie Dvorak, senior vice president for operations and recruiting processes for employment agency FrontLine Source Group, which has an office in Nashville.

“Right after [the Great Recession], it was very much an employer-driven market where the companies could take their time; they could be picky,” Dvorak said. “Right now, we are in more of a candidate-driven market, and it’s a flip side. We have more jobs than people to fill those jobs.”

Dvorak said the agency now sees more job-seekers accepting counteroffers, making it a more competitive market for companies securing talent that used to be easier for them to get.

“There’s a lot more competition for that same talent than there used to be,” she said. “We’re having a lot of people rejecting positions. They’ll get a position and they’ll pit it against others.”

One way employers are tackling hiring and retention is by offering perks such as education packages, flexible work hours and the opportunity to work at home, among other benefits, Eisenbrandt said.

“I do think we’re beginning to see some businesses take a real serious look at company culture by making sure it can attract a diverse workforce,” she said. “There is an increasing desire among employers to retain the talent they have.”

In today’s competitive job market, Dvorak said employers should feel a sense of urgency when interviewing candidates. Instead of conducting three or more rounds of interviews with one person, she suggests clients scale back to no more than two interviews or risk losing the qualified candidate to a different company.

“If you are going to have somebody keep coming back [for interviews], you’re going to lose them somewhere in the process,” Dvorak said. “They’re going to say, ‘You know what, I’ve got other people out there who are calling me, and they’re not making me jump through all these hoops,’ so people are really having to shave off a lot of the actual hiring process.”

According to the Nashville Area Chamber of Commerce, 150,000 new jobs are expected to be created in the area over the next 10 years, with an estimated shortage of 25,000 workers.

Food services and construction industries, both of which are each expected to add 16,000 jobs through 2020, are among industries struggling to find a qualified workforce, Cannon said.

“That is often an impact of a tight labor market, and it’s a good and a bad problem,” he said. “It gives jobseekers more choice when looking for a place to work, but employers can sometimes have a difficult time finding a qualified workforce.”

As for the projected workforce shortage, Eisenbrandt said what sets the Nashville area apart is its appeal for people willing to relocate to the area for their careers.

“Our geography is not unique in having the issue of finding people, but I think what sets us apart in Nashville is that it’s a very attractive place,” Eisenbrandt said. “It becomes an easy sell for people who want to relocate to the area.”

“Hospitality and restaurant industries are reporting challenges in finding skilled workers, and the keyword is ‘skilled,’ but it’s not because of the low unemployment rate,” Eisenbrandt said. “It can be due to a variety of factors … things like the distance the employee would have to travel to get to work or restaurants offering competing wages.”