Nashville International Airport to reinvest $4B by 2033 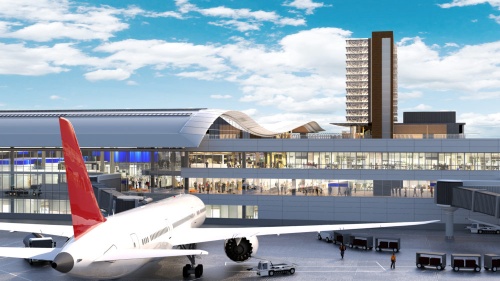 A number of new projects are planned to improve the Nashville International Airport.

To keep up with demand, the Nashville International Airport—also known by its call sign BNA—plans to spend $4 billion over the next decade to improve infrastructure, bring new amenities and expand services.

Doug Kreulen, Nashville Airport Authority president and CEO, gave an update on the airport during the 2019 Outlook Williamson event held by Williamson Inc. on April 24.

Over the next 14 years, BNA will expand to add an airport hotel, more gates, more parking and a new 115,000-square-foot concourse, which will include six new gates, dining and retail options, and four baggage claim carousels. Concourse D is expected to open in summer 2020.

Kreulen said the new projects are expected to help keep up with the growth in the Greater Nashville area.

According to BNA's latest fiscal year budget, Kreulen said BNA will bring in about $164 million in revenue this year with about $110 million in expenses. Kreulen said while the authority does not collect local taxes, it is required by the Federal Aviation Administration to reinvest revenue back into airport operations and improvements.

By 2028, Kreulen said BNA will also have an extended runway to allow for more nonstop, long-range flights as well as more gates at Concourse A and additional roadways and transit. Kruelen said the additional gates will help to make room for new airlines, increasing competition as a means to keep ticket fares low.

Nonstop flights are also a priority for BNA and have been in demand from the business community, particularly to Asian markets, he said.

“Everybody wants nonstop,” Kreulen said. “It's a business deal between us and the airlines, and we're competing against other airports.”