Celebrate the 50th anniversary of the moon landing, go to a bluegrass event: 4 events to check out in Southwest Nashville this weekend, July 19-21 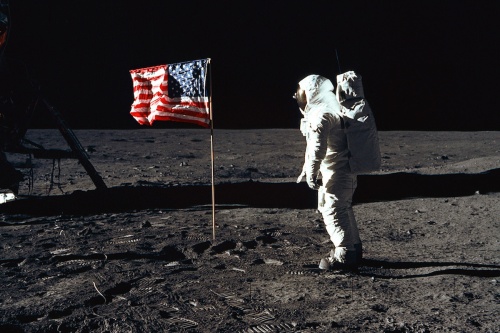 From an event celebrating the 50th anniversary of the Apollo 11 moon landing to a bead showcase at the Fairgrounds Nashville, here are a few things to put on the calendar this weekend in Southwest Nashville.
Listen to bluegrass music at The Warner Parks
July 19
Watch a full moon rise over The Warner Parks as bluegrass musicians perform at Friends of Warner Parks’ Full Moon Pickin’ Party. Along with three headlining acts, attendees are encouraged to bring their own instrument to play with other musicians between performances. 7-11 p.m. $10 (ages 7-17), $25 (adults). Warner Park Equestrian Center, 2500 Old Hickory Blvd., Nashville. 615-370-8053. www.warnerparks.org

Celebrate the moon landing anniversary
July 20
The Tennessee State Museum will have space-themed activities and special programming in honor of the 50th anniversary of the Apollo 11 moon landing. Visitors can view fragments from the Moon's surface on display in the museum's Transforms gallery. At 2 p.m., the museum plans to screen a segment of the PBS documentary, Chasing the Moon. 10 a.m.-4 p.m. Free. 1000 Rosa L. Parks Blvd., Nashville. 615-253-0149. www.tnmuseum.org

Check out beads and other jewelry at traveling showcase
July 20-21
The Fairgrounds Nashville hosts the Intergalactic Bead and Jewelry Show, a two-day showcase with beads and accessories like emeralds, rubies, pearls and more, according to organizers. The event returns to Nashville later this year on Nov. 9-10. 10 a.m.-5 p.m. $5. 500 Wedgewood Ave., Nashville. 888-729-6904. www.beadshows.com