Franklin officials tout accomplishments, speak on future plans at State of the City 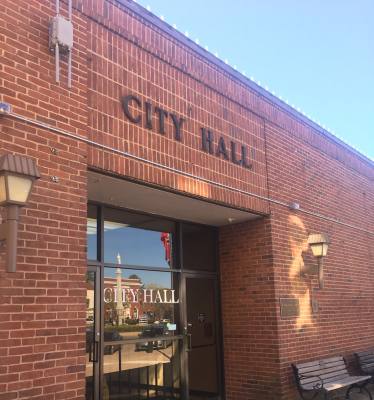 The City of Franklin held its State of the City address May 15 at Rolling Hills Community Church. Mayor Ken Moore and City Manager Eric Stuckey praised the city's recent achievements and unveiled projects and initiatives that are in the city's future.
Transportation projects
Stuckey said the city has spent $170 million on capital projects in the past five years. In the next five years, Franklin expects to spend $340 million, he said. The total list of needs adds up to $700 million, he said.
The city has already completed improvements on Hillsboro Rd. and upgrades to the water treatment plant.
Projects in the near future include adding sidewalks on Franklin Road from downtown Franklin to The Factory and a $130 million upgrade on the water reclamation facility, the largest project in city history, according to Stuckey and Moore.
"Franklin to me is a lot more than just a big long list of projects," Moore said. "It's how we're addressing infrastructure and the demands that are placed on us by the growth that's occurring."

Citizen survey
The mayor and city manager shared the results of a survey taken by Franklin residents.
"Our purpose is to ask our citizens, 'how are we doing?'" Stuckey said.
In the quality of life category, 99% of survey participants rated Franklin as an "excellent" or "good" place to live, according to Stuckey. On growth management, 80% of residents said they were satisfied with the city's handling of rapid development.
Over 90% also said the city's services were "excellent" or "good." Another part of the survey asked citizens what they were most concerned with in the future.
"Residents told us that what's most important to them as we go forward is to focus on mobility and transportation issues, the economy and safety, Stuckey said. "We are very much focused on that and you can see that in our new budget that we just put out."

Accomplishments
Stuckey and Moore also listed some of the city's recent successes. Franklin received a AAA bond rating, the highest rating that a city can receive. In addition, Moore touted the synergy between Columbia State Community College's local campus and nearby schools and businesses.

In the future
They shared several projects in the more distant future as well. The city plans to build a new City Hall, an I-65 overpass near Long Lane and a new parking structure in downtown Franklin, Stuckey and Moore said.